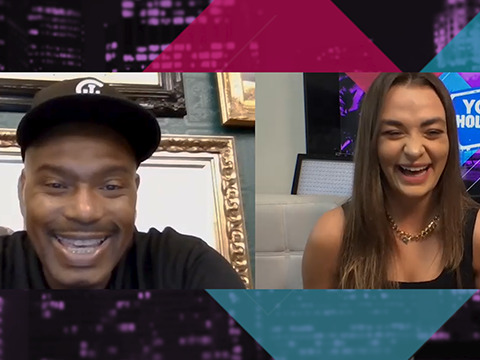 With so much being put on hold during the pandemic lockdown, many businesses and industries are trying to find creative ways to carry on while adhering to public health measures. The sports world seems to be one industry that is determined to get their players back to doing what they do best, not just for financial reasons but in an attempt to keep themselves in top shape! Enter The 5 Tournament Pro Basketball Invitational in Las Vegas, where 5 NBA players come together to form a team representing 6 major cities. Young Hollywood catches up via Zoom with basketball legend Tim Hardaway (Sr.), who was one of the featured commentators of the tournament! He shares his thoughts on some of the standout players from the invitational and how impressed he was with their conditioning even after 5 months of no playing! He also comments on the unprecedented yet necessary "NBA Bubble", plus he talks about his own legacy being carried on by his son, star Dallas Mavericks player Tim Hardaway Jr.!