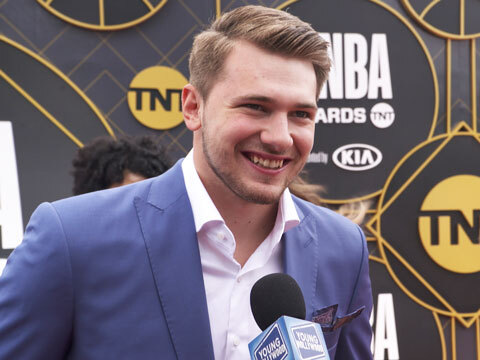 Another exciting season for the NBA is in the record books, but there's just one final bit of business that needed attending to -- the NBA Awards! The biggest stars in basketball gather to celebrate the best and brightest from the most recent season, and Dallas pride is in full force this night! Young Hollywood catches up with Rookie of the Year Luka Dončić to get his thoughts on all his accomplishments (including breaking one of Magic Johnson's records!) and how the leadership of his newly-retired teammate Dirk Nowitzki inspired him. We also chat with Mavs owner Mark Cuban, accompanied by power forward Dwight Powell, to talk all things Dallas and what free agency might have in store for the team, and new Mavs CEO Cynthia Marshall reveals what she's most looking forward to with the team's future. #MFFL!