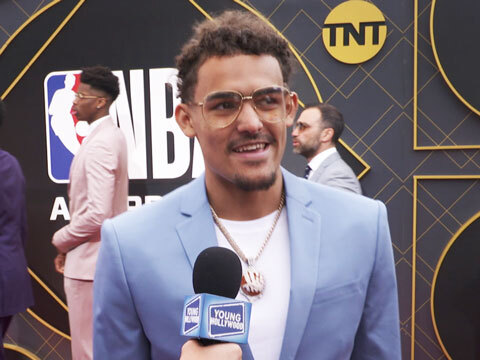 Young Hollywood has been enthusiastically following the debut season of NBA rookie sensation Trae Young all year, and now it's all come down to this -- Rookie of the Year! We catch up with Atlanta Hawks phenom at the NBA Awards where he is celebrating his Best Rookie nomination! He talks with us about how it feels to prove all the doubters wrong and see his hard work pay off in such a big way, plus he shows off his crisp red carpet look (with a little help from his friend Quavo!), and then we play a couple round of "Pass, Trash, or Dunk" to get his thoughts on some of his favorite fashion brands and hamburger joints!