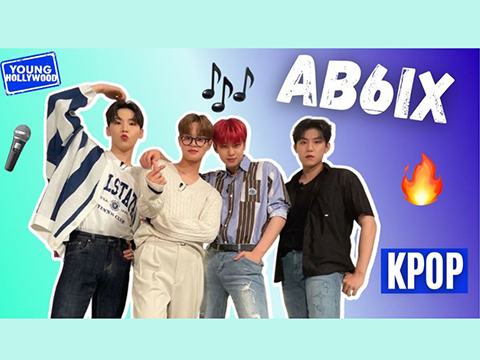 The four members of the K-Pop boy band AB6IX went through a lot of different combos and career achievements, including the obligatory stints on Mnet shows like "Stray Kids" and "M Countdown", before finally coming together on "BrandNewBoys" to document their debut as a group! Three years and 2 studio albums, 9 EPs, and a whole Lizzo collab later, the quartet is in town to perform at a WNBA game in Los Angeles -- the first K-Pop artists to do so! During their visit, Young Hollywood catches up with Woong, Dong-hyun, Woo-jin, and Dae-hwi to find out how they are loving L.A., their favorite sports, their most memorable fan moments, and more! They also reveal which of their songs took them the longest to write, plus they play a little impromptu game of "Heads Up"!