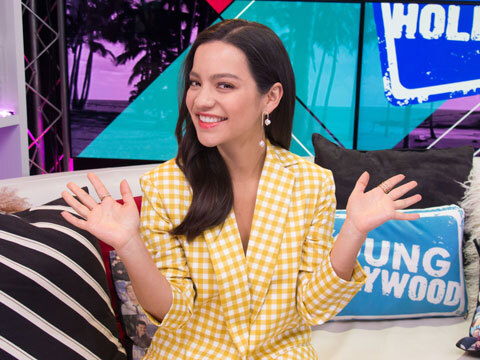 Just being in the same room with the likes of Arnold Schwarzenegger would be a momentous life event for most people, but for Colombian actress Natalia Reyes, it's a complete career game-changer! After 28 years, a proper sequel to the smash-hit sci-fi film 'Terminator: Judgement Day' is finally hitting screens, entitled 'Terminator: Dark Fate', and it features a mix of familiar faces and new! Natalia is, of course, one of the new faces of the franchise, and she sits down with us in the Young Hollywood Studio to recount her exciting yet grueling experience on the film, including her audition with Linda Hamilton, her first encounter with Arnold himself, and the intense stunt training she had to endure. Plus she shares her thoughts on the unfortunate circumstances surrounding the cancellation of the movie's Hollywood premiere.