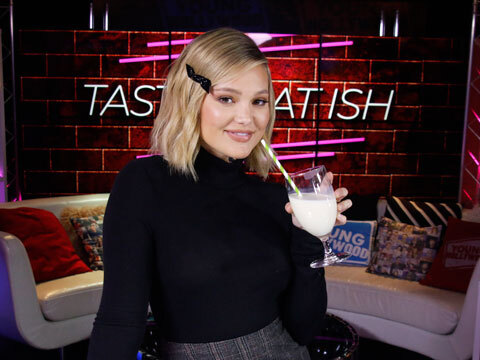 It's officially the holidays and that really means one thing and one thing only -- non-stop eating! So what better time than to indulge in yet another installment of our super fabulous game, "Taste That Ish"?! This time around, we're joined in the Young Hollywood Studio by actress and star of Freeform's Thanksgiving flick 'Turkey Drop', Olivia Holt, who accepts our "What's More $" challenge to figure out which of two seemingly identical holiday treats is more expensive! Mashed potatoes, eggnog, cranberry sauce, and more are on the menu today, one of which Olivia has never tried before! See how her palate fares in this Holiday Edition of "Taste That Ish"!