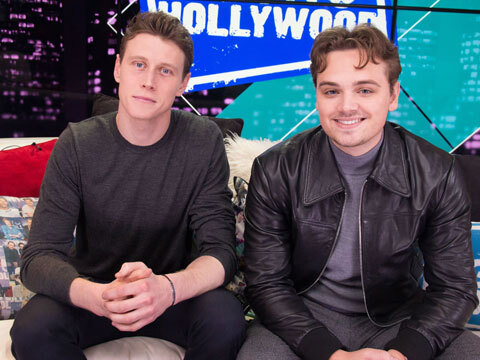 British actors Dean-Charles Chapman and George MacKay both got their acting start very young in life, with George appearing as the Lost Boy Curly in the 2003 live-action 'Peter Pan', and Dean-Charles playing young King Tommen on "Game of Thrones". Now, they are both all grown-up and taking on very grown-up roles in Sam Mendes's Golden Globe-nominated World War I drama '1917'! The two lads drop by the Young Hollywood Studio to fill us in on this insanely ambitious project, which was filmed and edited to appear as one long uninterrupted shot. They tell us about the intense 5-month rehearsal period and what it was like to work with co-stars like Benedict Cumberbatch and Colin Firth, plus they reveal their dream co-stars and some hidden talents!