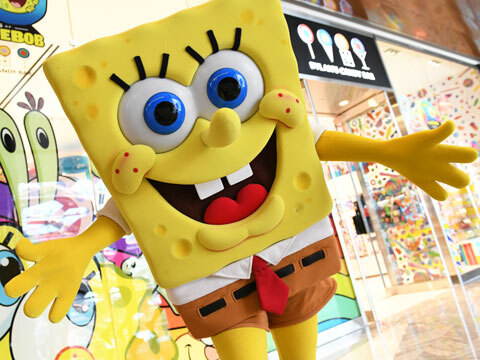 SpongeBob SquarePants, meet SpongeBob SquarePants! Yes, it's two SpongeBobs for the price of one at the Young Hollywood Studio. After 13 seasons on TV, 3 animated feature films, and countless video games and spinoffs, the jolly yellow sponge who lives in a pineapple under the sea is finally coming to the stage AND getting the live-action treatment in 'The SpongeBob Musical: Live on Stage!" Ethan Slater is taking on the daunting task of bringing SpongeBob to life, and he joins us in the Studio along with the OG himself, SpongeBob voice actor Tom Kenny! Together, they pull on their squarepants (figuratively) to dole out advice to some of your favorite celebrities, including Chrissy Teigen, Cole Sprouse, David Dobrik, Lil Nas X, and even Justin Bieber! Find out their thoughts on such topics as bedbugs, babies, and more!