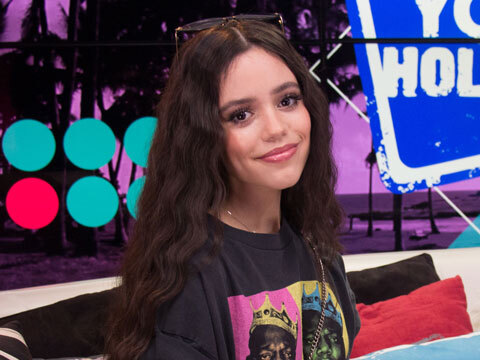 Although Jenna Ortega got her big break in the Disney Channel series "Stuck In The Middle", she had already had quite an impressive resume which included roles in blockbuster films and award-winning television shows, so it wasn't even a thing for her to jump from the House of Mouse into Netflix's hit thriller series "You"! The talented young actress returns to the Young Hollywood Studio to share with us her experiences working on this intense show, and with its equally intense but unfailingly charming star Penn Badgley, with whom she shared many laughs over dog memes! She also discusses being included in the conversation even though she was the only kid on set, plus she reveals what singer she would love to DM and she rates some of your funniest "You" memes -- but be warned, though, she's a tough critic!