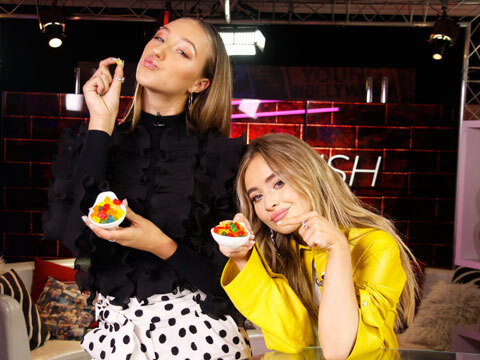 In Netflix's teen dramedy 'Tall Girl', Ava Michelle and Sabrina Carpenter play sisters who couldn't be more different -- at least as far as outward appearances go. Their sisterly bond is strong, though their tastes may differ greatly, and I don't just mean taste in clothes! We invite the two actresses to the Young Hollywood Studio for another hilarious game of Taste That Ish: What's More $ Edition, to see if they can tell the difference in price between two identical snack items just by tasting them! That orange soda might look the same in the glass, but will the flavor give away its price tag? And will Sabrina and Ava be able to sniff it out? Also see them put to the test with popcorn, gummy bears, cereal, and more!