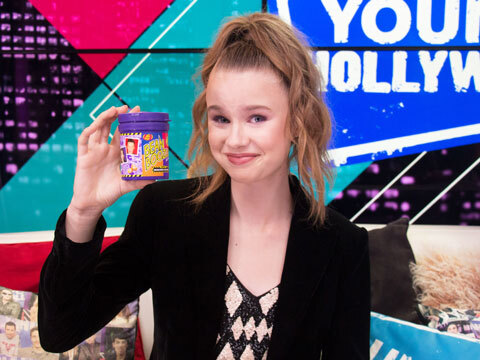 There is no shortage of compelling family dynamics featured in The CW's "Riverdale", but one family we really can't help but fall in love with is the Joneses! As if Jughead and his dad F.P. weren't enough to hold our attention, they went and threw in Juggie's sister Jellybean, and we had no choice but to stan! And since we've already had the two Jones men in the Young Hollywood Studio, it was only right that we invite Jellybean herself to join us on the white couch, Trinity Likins! The talented and charming actress tells us an amusing story about her audition process for the series, plus she spills all the tea on her prank-happy on-screen brother, Cole Sprouse! And in honor of her character, we play a Beanboozled edition of "Riverdale" trivia to test her knowledge on her hit series!