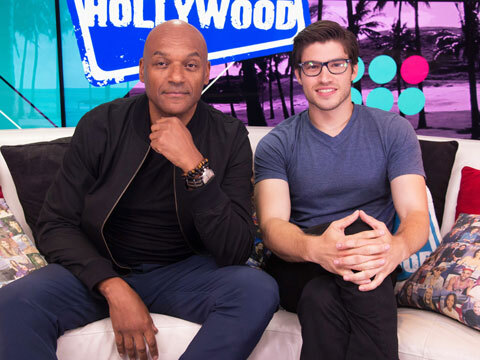 Krypton Stars Reveal What Superpower They'd Love To Have IRL

Before there was Superman, there was Krypton, his home planet that was destroyed shortly after his birth. Syfy's "Krypton" takes us back 2 generations before that fateful day, where his grandfather Seg-El struggles to keep time-traveling bad guys from offing him in order to prevent Superman's birth. One of those baddies is the notorious General Zod, who will clearly go to any length to destroy the House of El! But they put their differences aside to join us in the Young Hollywood Studio; that is, the talented men who portray them, Cameron Cuffe and Colin Salmon! The actors tell us about the arduous audition process they went through, comparing it to the infamous Phantom Zone, and they also reveal why a familiarity with the works of Shakespeare and Greek mythology help with the elevated dialogue. Plus, they tell us what superpowers they would love to have in real-life!