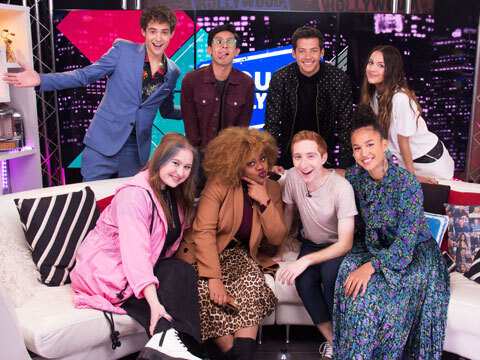 More than a decade after the kids from East High took their final bows in 'High School Musical 3', the legacy of that game-changing Disney film franchise lives on in the form of the new Disney+ series "High School Musical: The Musical: The Series", and in the talented hands of the new crop of kids tasked with putting on the best show ever, including Sofia Wylie, Dara Renee, Julia Lester, Joshua Bassett, Olivia Rodrigo, Frankie A. Rodriguez, Larry Saperstein, and Matt Cornett! The cast hangs out at the Young Hollywood Studio where we get them to play a round of "Truth or Dare"! See them reveal their weirdest/favorite food combo, act out a scene from the OG HSM, confess their bad habits, and sing "Happy Birthday" to Troy Bolton himself, Zac Efron!