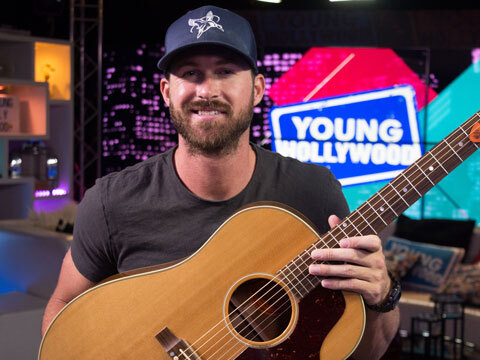 With singles like "There Was This Girl" and "I Wish Grandpas Never Died" under hit hat, crooner Riley Green is taking the country music scene by storm and making his presence felt! We decide to get to know him a little bit better by inviting him to the Young Hollywood Studio and hitting him up with some questions in a fun game of "First & Last"! Find out about his first kiss, the first person he ever wrote a song about, and his first celebrity crush, plus hear about the last time he went out to have fun and the last time he cried! He also tells us a bit about his debut studio album, 'Different 'Round Here' and his 'Get That Man a Beer Tour', and he reveals some hilarious pranks that he and fellow country star Brad Paisley have played on each other!