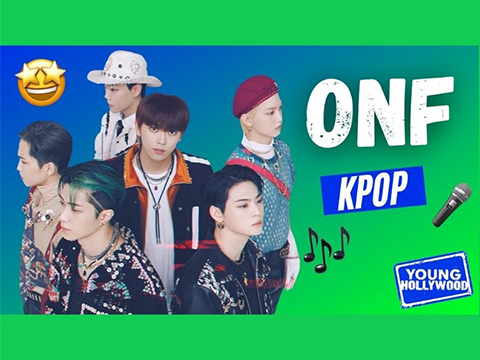 Boy group ONF has been lighting up the K-Pop world ever since their big debut in 2017, releasing tons of awesome music in both Korean and in Japanese! Their latest and sixth EP (or, as they call it, a "mini-album") 'Goosebumps' dropped just before 5 of the 6 members -- Wyatt, MK, U, E-Tion, Hyojin, and J-Us -- enlisted in mandatory military service in Korea, and Young Hollywood got the chance to speak with all of them about it over Zoom! They each tell us what songs from the EP they are most excited for their fans to hear, plus they each give us one word to describe their off-stage personalities! We also play a game of "Who's Most Likely To" to find out who stays in bed the longest, who takes the most selfies, who gets the most text messages, and more!