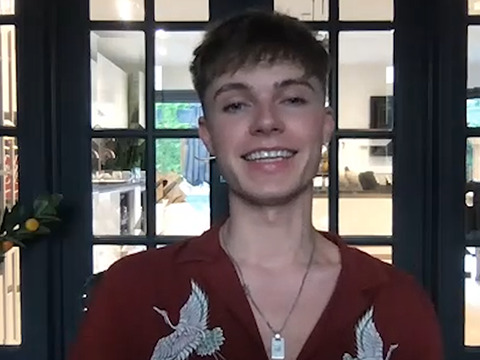 Singer HRVY has been a sensation in his native U.K. for years now, but, as with any overseas artist, it can be tough to break into the international market. So what's a rising pop idol to do? Hit YouTube, of course! Thanks to the video hosting platform, HRVY has been able to gain a massive following all over the world, including here in the U.S., and it's well-deserved! Young Hollywood catches up with the singer on Zoom, where he is quarantining (and sweating) in London, to get all the scoop on his upcoming debut studio album 'Can Anybody Hear Me?', including what song on the album he thinks will be the equivalent of his breakout hit "Personal"! He also tells us why he thinks that particular song will prove to be super relevant in these crazy current times, plus he tells us what massively popular K-pop act he'd love to collab with and he confesses his many deep dives down into the YouTube rabbit hole!