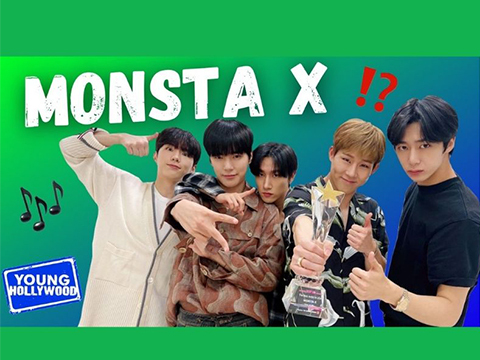 In the time since we last caught up with MONSTA X during their 'The Connect World Tour', they have continued to be one of the most prolific K-pop groups out there today, churning out hit after hit -- in multiple languages no less! Their latest is the English-language single "One Day", and Young Hollywood catches up with the boys via Zoom to find out more about the song and each other! I.M, Joohoney, Kihyun, Minhyuk, and Hyungwon (minus Shownu, who is currently serving his mandatory time in the South Korean military) tell us the inspiration behind "One Day" and who personally relates to the lyrics the most! Then we play a game of "Who's Most Likely To" to find out which one of them is most likely to be late to a recording session, spend the most money, be a simp for love, and more! Plus, find out which one cries during drama films!