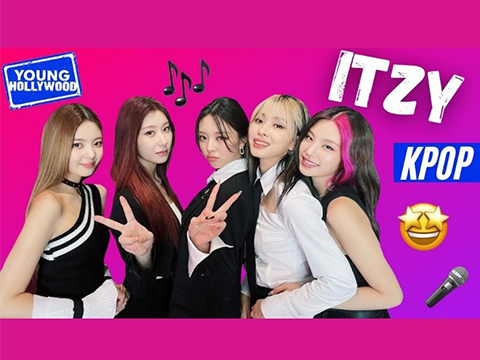 When we last hung out with K-Pop girl group ITZY, they were just kicking off their first U.S. tour and riding the wave of success of their first EP and two hit singles! Now, almost two years and four more EPs later, they're celebrating the release of their debut full-length studio album 'Crazy in Love' and their smash-hit single "Loco"! Young Hollywood catches up with Yeji, Lia, Ryujin, Chaeryeong, and Yuna once more, this time over Zoom, to get their reaction to the millions of views on their "Loco" video and find out what moments from the video they would love a chance to re-do! They also reveal what/who they've ever been "crazy in love" over, plus we play a game of "Who's Most Likely To" to find out which one of the girls gets the most text messages, takes the most selfies, spontaneously breaks out into dancing, and more!