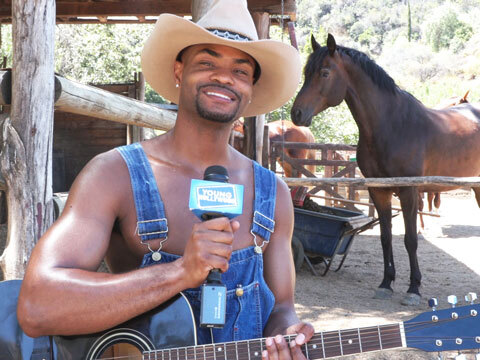 What do you do when you're the most followed user on a social media platform that no longer exists? Just keep hustin'! And that is exactly what Andrew B. Bachelor, AKA King Bach, is doing in a post-Vine world. Young Hollywood catches up with him at a Super Exclusive Filming Location™ where he is shooting the music video for his country-inspired song "Abstinence" and getting in touch with his inner Lil Nas X. Sporting some serious cowboy swag, Bach tells us more about his album and how it explores several different musical genres to keep things interesting and its listeners happy and having a good time. He also shows us a bit around the set, shows off his kit, and reveals that he is also directing the video. Could an Oscar be in his future?! Or at least a VMA...