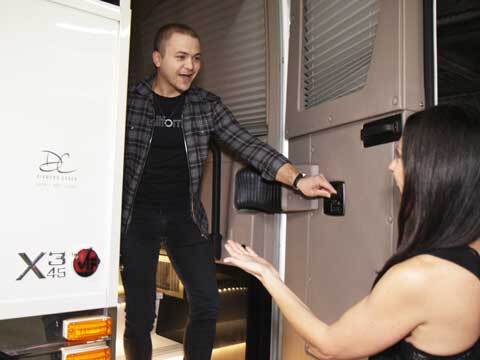 Hunter Hayes has been taking the country music scene by storm since he was still in single digits. After so many years and 7 tours already under his belt, it's easy to think that this is all old hat for him, but you would be wrong! The Grammy nominee invites Young Hollywood aboard his tour bus, parked beneath the Anaheim House of Blues during a stop on his 8th tour, the 'Closer To You Tour', where he explains to us why this one is different -- why this one truly feels like his first tour. He also describes the process of creating his next album and the personal and creative growth he experienced, all of which culminated in the tour he is presenting to fans today. Of course, he also shows us around this bus a bit, which manages to accommodate a dozen people, and he explains why he prefers incense to candles. Pour a cup o' joe, kick back, and enjoy the ride!