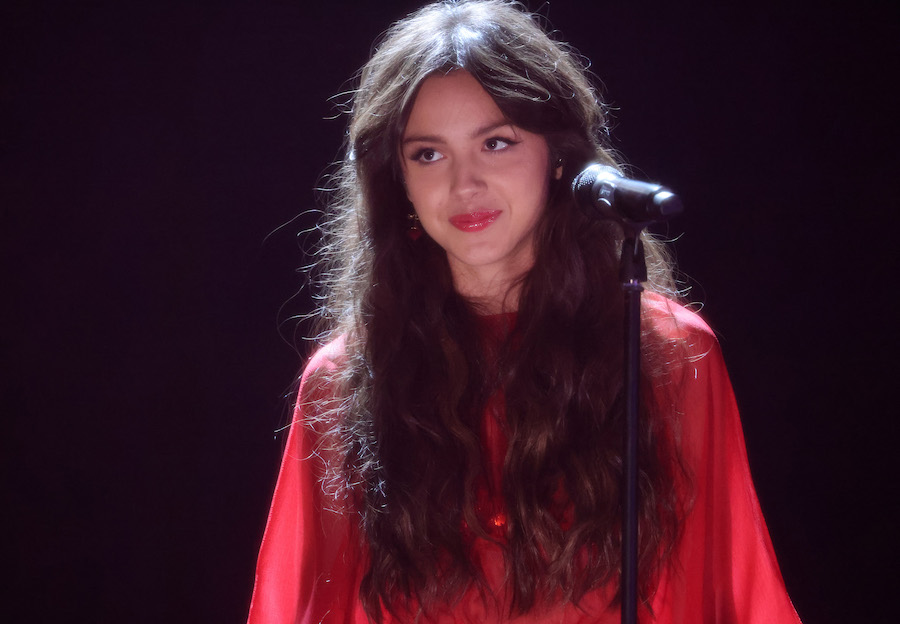 Olivia Rodrigo released her debut album Sour on May 21 and is currently one of the most popular and streamed artists. Rodrigo has raised high expectations for the album after her debut single "drivers license" became an immediate worldwide sensation, and with Sour, she met those expectations. The young singer always shares and praises her biggest inspirations in music and reflects the styles of artists that she looks up to in her own work.

In Sour, she paid tribute to Paramore’s pop-punk sound in the album’s opening track, "brutal", and also sampled Taylor Swift’s "New Year’s Day" in her track "1 step forward, 3 steps back".

Rodrigo is a proud Swiftie, a No Doubt fan (she even got a special shout-out from Gwen Stefani herself), and a Billy Joel listener. After all, she was the one who taught him Billy Joel…

In a YouTube video titled "Top 18 Songs For My 18th Birthday", she revealed some of the essential songs and artists that, in her words, "shaped me into the girl I am today":

Here are some of our top picks from Olivia’s top 18 songs!

1."Bathwater" by No Doubt

Lyrics: "And the bags are much too heavy / In my insecure condition / My pregnant mind is fat full with envy again..."

What Rodrigo loved about this iconic No Doubt song was its honest lyrics that reflected the chaotic feelings of jealousy and insecurity in a relationship. Rodrigo certainly took notes from Gwen Stefani in her songwriting. The entire Sour album has also been praised for the vulnerability in her lyrics, especially in songs like "jealousy, jealousy" and "enough for you".

2. "Picture to Burn" by Taylor Swift

Lyrics: "So watch me strike a match on all my wasted time / As far as I'm concerned, you're just another picture to burn..."

"Picture to Burn" was Rodrigo’s first favorite song, which makes perfect sense considering it is an angsty break-up anthem about Swift’s high school boyfriend who never let her drive that stupid old pickup truck. Rodrigo has proved her love for and ability to convey the angsty break-up theme with her hit single "good 4 u".

Rodrigo shows her wide musical spectrum by including the legendary Bob Dylan on the same list as No Doubt and Taylor Swift. Where Bob Dylan sings, ‘‘I ain't sayin’ you treated me unkind / You could have done better, but I don't mind’’ in "Don’t Think Twice, It’s Alright", Rodrigo sings, ‘‘But God, you couldn't have cared less / About someone who loved you more’’ in "enough for you". Similar to Dylan, Rodrigo also has loud lyrics within melodically calm ballads.

4. "You Better Run" by Pat Benatar

Female rockstars are the definition of edgy and confident, and Rodrigo made it clear that she loves the powerful sound of women in rock. Pat Benatar, as one of the best female rock vocalists from the ’80s, has without a doubt been a huge inspiration for Rodrigo in finding her voice as well. In Sour, Rodrigo experiments with different music genres and switches from the edgy-pop/rock sound in "brutal" and "good 4 u" (similar to Benatar’s "You Better Run") to the melodrama/pop-ballad sound in "drivers license" and "traitor".

Lyrics: "I'm so glad I never ever had a baby with you / 'Cause you can't love nothing unless there's something in it for you..."

Halsey never fails to amaze us, and she did it once again with her lyrics ‘‘You’re not half the man you think that you are’’. In "You should be sad", Halsey is brutally honest and grateful that she dodged a bullet and ‘‘made it out without breakin' down’’.  Similar to Halsey’s confident and resentful attitude in this song, in her song "happier", Rodrigo sings, "And do you tell her she's the most beautiful girl you've ever seen? / An eternal love bullshit you know you'll never mean..."

Lyrics: "I’m only seventeen / I don't know anything, but I know I miss you / Standing in your cardigan / Kissing in my car again..."

I can’t disagree with Rodrigo when she says that "betty" from Taylor Swift’s folklore has changed her life. She felt inspired by Swift’s dive into folk music and inclusion of the harmonica sound in "betty", as well as the storyteller aspect of Swift. The entire song is written from the 17-year-old James’s perspective as he apologizes to Betty for messing up their relationship with a Summer fling. Folklore was an album of collective stories created by Swift, and maybe in her next album, Rodrigo will also dive into some creative storytelling and experiment with POVs!