NCT DREAM: The K-Pop Group That Keeps On Rising! 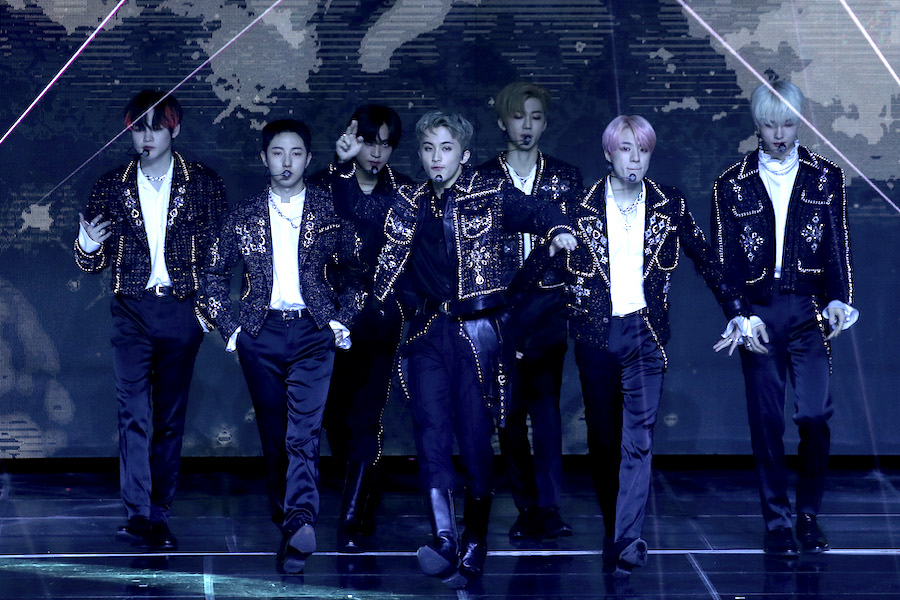 From “Chewing Gum” to “Glitch Mode”, NCT DREAM has had many firsts for the NCT brand -- their debut concept was a first for the K-Pop industry. Their impact in the industry continues even 7 years later!

NCT DREAM’s original concept was a group with rotational members, but this has since changed. The concept was set up to continuously populate the group with young members, while the ones who “aged out” would find their place in another NCT unit.

The current group consists of members Mark, Renjun. Jaemin, Jeno, Haechan, Chenle, and Jisung. They made their debut back in August of 2016 with the song “Chewing Gum”, but their first big accomplishment came with the song “My First and Last”, which gave the group its first music show win in 2017, less than a year after their debut.

“My First and Last” received a total of three wins on "The Show", giving the group their first Triple Crown, which is when a song receives 3 wins on a show. It is a very big accomplishment for these artists.

Ever since then, NCT DREAM has only been setting more and more records. Their next big bit was for their mini-album We Boom with title song “Boom”, which received two music show wins. This 2019 release made DREAM into one of the top 10 physical sellers domestically, and it earned them a Bonsang award at the 34th Golden Disk Awards and the 2020 Seoul Music Awards. This song was stuck in the head of many fans, and it debuted at number 7 on Billboard’s World Albums chart, their biggest accomplishment up to that point.

“Hot Sauce” was their next biggest hit, with title song by the same name in 2021. This was their first full album and it sold over 2 million copies. The achievement was obtained within 2 weeks of the album’s release, so DREAM was crowned double million sellers. On top of that, it was also their fastest music video to reach 100 million views, happening in just 30 days. It also received a total of 8 music show wins, including one Triple Crown for "M Countdown".

Hello Future was their next hit, a repackage album, adding 3 more songs to the original Hot Sauce album. This album had 6 music show wins though no Triple Crowns. Even then, Hello Future set a new record for NCT DREAM, who gave SM Entertainment the historical accomplishment of achieving 1 million copies in album sales with a repackage album, making DREAM the second K-Pop act in history to achieve this accomplishment as well.

Now, their most recent and biggest accomplishment comes with their recent release, “Glitch Mode”, which gave NCT DREAM their highest first-week sales. It also is the second album in SM Entertainment to cross 1 million sales in its first week on Hanteao, following “Hot Sauce”.

NCT Dream's "Hot Sauce" and "Glitch Mode" are the only SM albums to surpasss 1,000,000 album sales in its first week of release on Hante0#NCTDream@NCTsmtown_DREAMpic.twitter.com/vgMR8yl1fV

With record-breaking sales, it is no surprise that the album fared well on both domestic Korean and global charts, topping iTunes charts in 28 countries. "Glitch Mode" even landed on the Billboard 200 chart at number 50 — their first entry on the chart. NCT DREAM also debuted at 5 on the Top Album Sales Chart and 2 on the World Albums Chart. The song topped charts as well and reached over 30 million views in 24 hours on YouTube.

The pressure was on after Hot Sauce, so Dream had many goals and expectations they had to meet. “We all had a meeting together and were talking about how we all shared the same mindset,” NCT DREAM’s charismatic leader Mark toldRolling Stone over a video call from Seoul. “We’re always making sure we’re on the same page when we get ready for a comeback.”

“We knew we had to upgrade our game so our fans could be extra excited – as excited as we were as well, so we had that responsibility,” Mark continued. “We wanted to show the people we developed and grew, and that was the focus on every angle of the album.

The Dreamies have for sure exceeded expectations and have shown significant growth throughout the years. The title track is a song about “glitching” in front of a crush, but it’s a far from your typical boy band-ish pop sound. It’s elasticized hip-hop laced with both punchy raps and ethereal vocal lines — and just when it seems you’ve gotten a hold of it, the song swerves into a monstrous rock guitar interlude.

We are more than excited to hear what else the Dreamies have in store. SM Entertainment had announced a potential world tour that would happen later this year as well as a tour for senior group NCT 127. Keep your eyes peeled for more information on that.