Breaking Down The 2019 Oscar Nominations! 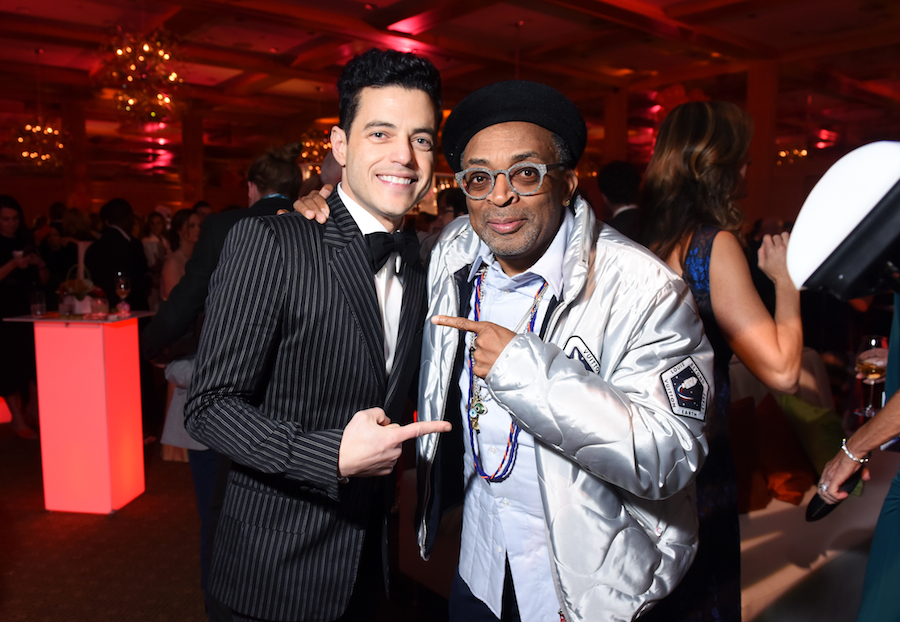 The day has come! All the chatter and excitement of Awards Season has led up to this. This morning, the nominees for the 91st annual Academy Awards were announced, and in a race that has seemed pretty consistent in the last few months, it’s clear that there were still some surprises to be had!

Let’s breakdown some of the highlights and other noteworthy developments!

Despite The Favourite and Roma leading the pack with 10 nominations each, I wouldn’t place bets on either coming away with Best Picture glory. With a triumph at the PGA Awards over the weekend, Peter Farrelly’s Green Book has pulled ahead as the frontrunner in the Best Picture race, ahead of even A Star Is Born, which hasn’t had as much luck as expected this Awards Season. With 8 films in this category, though, anything can happen, including Golden Globe winner Bohemian Rhapsody sneaking in for the upset.

Earlier this month, we ponderedBlack Panther’s chances at Oscars glory, predicting that it could very well either tie or break The Dark Knight’s record for most Oscar nominations for a superhero film at 8. Well, it didn’t quite meet the mark, but it was damn close! Black Panther actually came away with 7 Oscar nominations, including Best Picture (which The Dark Knight never achieved), and that ain’t too shabby at all! Will it actually win any of these awards? Well, that’s a different story. If anything, it’ll probably pick up something for Sound, and perhaps even Original Score, but that might be the best chance it has to walk away with some hardware.

A Nominee Is Born – Several, In Fact!

A whole slew of Oscar virgins show up on the ballot this year, many of whom have been around the bend for a long time. Spike Lee’s nomination came as no surprise – what IS surprising, however, is that this is his first ever nomination for Best Director or Best Picture (for BlacKkKlansman). Likewise, the (very) seasoned actor Sam Elliott has never received an Oscar nomination until this year (Best Supporting Actor for A Star Is Born), despite having had a steady and high-profile career in feature films since the ‘70s. Regina King, Olivia Colman, Adam Driver, and Rami Malek are all Oscar newbies who will no doubt find themselves in the Academy’s good graces again in the future!

Something To Be GLAAD About

According to GLAAD, this year’s Oscar nominees are the most LGBTQ diverse in history! Of the 8 Best Picture nominations, 5 of them include and/or pay homage to queer characters, including A Star Is Born, Green Book, The Favourite, Vice, and Bohemian Rhapsody. Additionally, Barry Jenkins’s nominated script for If Beale Street Could Talk was adapted from gay author James Baldwin’s book, and a slew of other LGBTQ nominees dot the ballot, including screenwriter Jeff Whitty (Can You Ever Forgive Me), documentary filmmakers Rob Epstein and Jeffrey Friedman (“End Game”), and composer/lyricist team Marc Shaiman and Scott Wittman (Original Song and Score from Mary Poppins Returns).

The International Language of Cinema

When it comes to Best Foreign Language Film, this category is more often than not rather self-contained, like Best Documentary or Best Animated Film. Rarely will you see the nominees in this category spilling over into others. Not so this year. Roma, for example, was nominated not just in this category but in Best Picture, as well as nods for Best Director (Alfonso Cuarón), Best Actress (Yalitza Aparicio), Best Supporting Actress (Marina de Tavira), and 5 other categories (making it the clear frontrunner to win Best Foreign Language Film). Likewise, Poland’s entry for Best Foreign Language Film, Cold War, managed to sneak into the Best Director and Best Cinematography categories. Director Pawel Pawlikowski’s nomination has shocked pretty much everyone, not the least of which Bradley Cooper, whose directorial debut with A Star Is Born has garnered him across-the-board accolades this Awards Season but comes up empty at The Big Show.

Interestingly, both of these films were shot in black & white.

With 8 total nominations this year, A Star Is Born becomes one of, if not the, most decorated film franchises. As you (should) know by now, this is the 4th version of this film to be made, and with this year’s collection of Oscar nods, it brings the total to 26 nominations dating back to the first iteration of the movie in 1937. Of those 26 nominations, so far the franchise has only won twice – in 1937 for Original Screenplay and 1974 for Original Song. Could this be the year it finally earns some love for its actors? Lady Gaga seems the most likely candidate to break that drought, though Glenn Close’s out-of-nowhere winning streak for The Wife could keep A Star Is Born out of luck in the acting department.

I’ve already mentioned Bradley Cooper’s absence from the Best Director category, but take heart, Brad, because you’re in “good” company. Awards Season darling John David Washington, whose performance in BlacKkKlansman earned him multiple nominations this Awards Season, found himself left off the Best Actor category at the Oscars (but don’t worry, being the son of Denzel Washington, we predict many, many more opportunities for Oscar glory in the future!). Also missing was Barry Jenkins’s acclaimed If Beale Street Could Talk from the Best Picture list, though the film still got some love for Best Supporting Actress (Regina King, who won the Golden Globe) and Original Score, and an Adapted Screenplay nod for Jenkins himself. Meanwhile, the indie darling Eighth Grade just couldn’t break through that Oscars ceiling, despite a Golden Globe nomination for its young star Elsie Fisher.

Other surprise omissions include: Timothée Chalamet for Best Actor (Beautiful Boy), Dolly Parton for Original Song (“Girl In The Movies” from Dumplin’), Won’t You Be My Neighbor for Best Documentary, First Man in any main categories, Any Female Directors.

Check out the full list of nominees here and be sure to tune in to the big night on February 24!