Are You Watching The 'Velvet Buzzsaw' Trailer or Is It Watching You?! 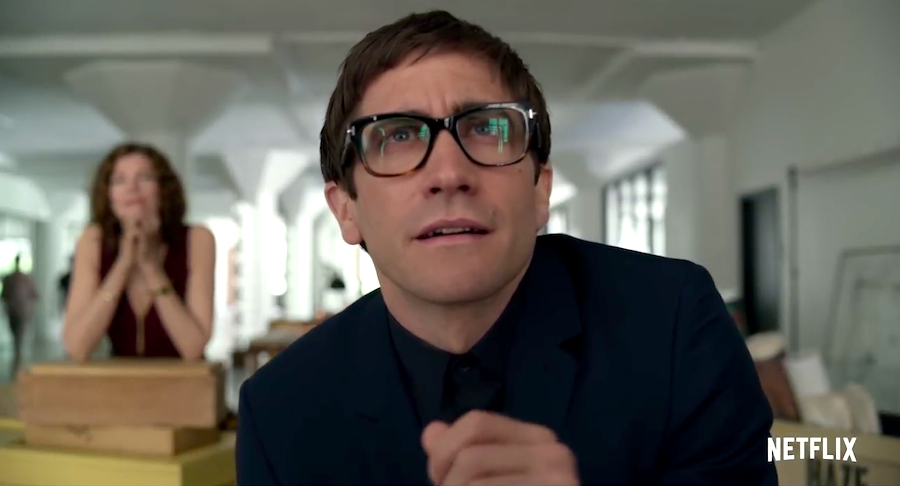 Have you ever felt like a painting was watching your every move? That’s the feeling encapsulated by the new trailer for Dan Gilroy’s new movie, Velvet Buzzsaw. StarringJake Gyllenhaal, Rene Russo,John Malkovich, and Toni Collette, the film follows an art critic (Gyllenhaal) and his inability to be impressed by anything he sees at the galleries he visits.

That changes when he comes across paintings made by a deceased artist. As he becomes more obsessed with the art, the paintings begin to demonstrate supernatural, deadly powers, as the art literally begins to take life on a life of its own. Check out the trailer below if this messed up story sounds like something you’d enjoy.

Now that art galleries have been made to look terrifying, is there any place we can go anymore that won’t give us flashes of a horror film?! The trailer looks freaky -- both in a terrifying and somewhat comical way. The premise itself is pretty wild, but the cast is filled with talent, from the big names like Gyllenhaal and Russo, to the supporting cast of Billy Magnussen (Ingrid Goes West), Zawe Ashton ("Sherlock"),Daveed Diggs (Blindspotting), andNatalia Dyer ("Stranger Things").

This is the second time Gyllenhaal and Russo have teamed up with writer/director Gilroy. They had previously starred in his directorial debut, Nightcrawler, which was met with praise from critics and audiences alike. While this upcoming film centers on the L.A. art scene, Nightcrawler focused on the gross underbelly of local news and crime journalism. Velvet Buzzsaw seems to certainly carry the same intensity and psychotic energy as Nightcrawler, so here’s to hoping that it’s just as good!

And good news: you won’t have to wait very long to see the movie! While it will debut at Sundance, Velvet Buzzsaw will be available to stream on Netflix starting on February 1.