Blake vs. Rihanna: Who Is The Queen of the Met Gala? 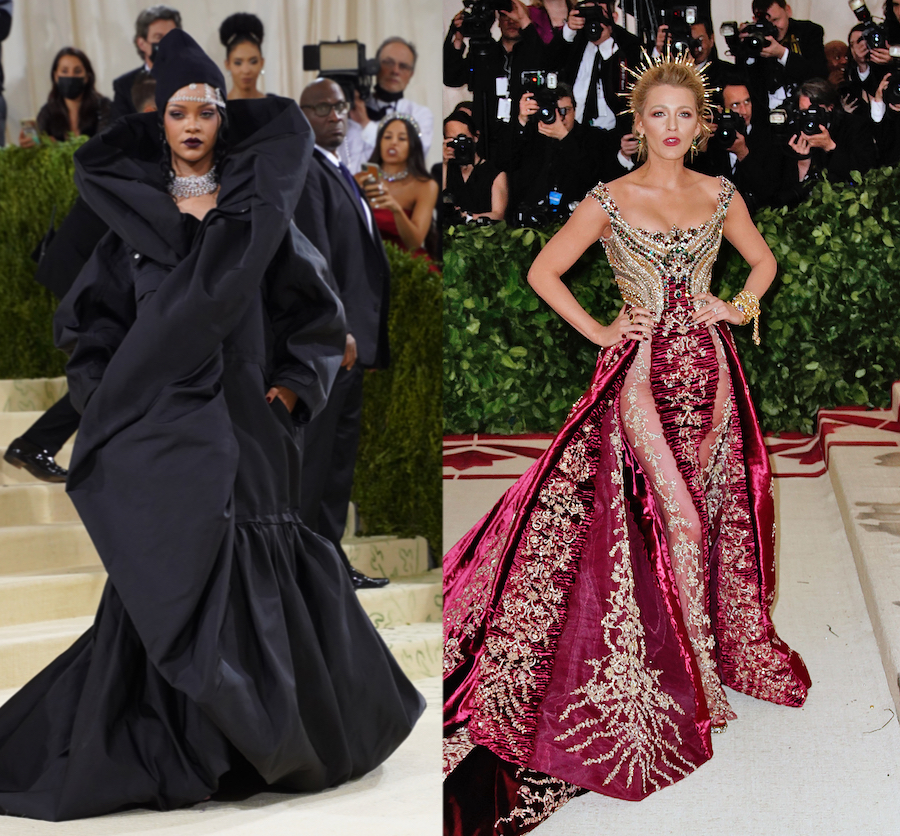 Every look that Blake Lively and Rihanna have worn at the Met Gala has been iconic. These two definitely know how to make an entrance in the best way possible. From star-studded gowns to diamond headpieces, these women make the Met Gala something worth talking about year after year. But who is the ultimate Queen of the Met? We break down Rihanna and Blake’s best looks and we want to let YOU decide who reigns supreme!

2009: The Model as Muse: Embodying Fashion

This "Gossip Girl" star wore this deep blue dress for the 2009 Met Gala.

The “Rude Boy” singer wore a sophisticated black suit with a pixie cut.

Lively stunned in Chanel with her classic blonde hair.

Rihanna debuted her now-iconic red hair, which was the start of a new era.

Rihanna was definitely on theme with her extravagant dress and laced up shoes.

This is one of Blake’s most iconic Met Gala looks and it still has people talking.

Rihanna transformed into the Pope for this Met Gala’s theme.

BONUS LEWKS from when Blake was present at the Met when Rihanna wasn't, and vice versa!

Feathers were the moment, and so was Blake.

2015: China: Through the Looking Glass

2016: Manus x Machina: Fashion in an Age of Technology

Instead of wearing metallic just like everyone else did, Blake decided to wear this elegant pink dress.

So who do YOU think is the Queen of the Met Gala? Let us know! And be sure to keep an eye out for this year's Met Gala, taking place on May 2, where Blake herself will serve as a co-chair!