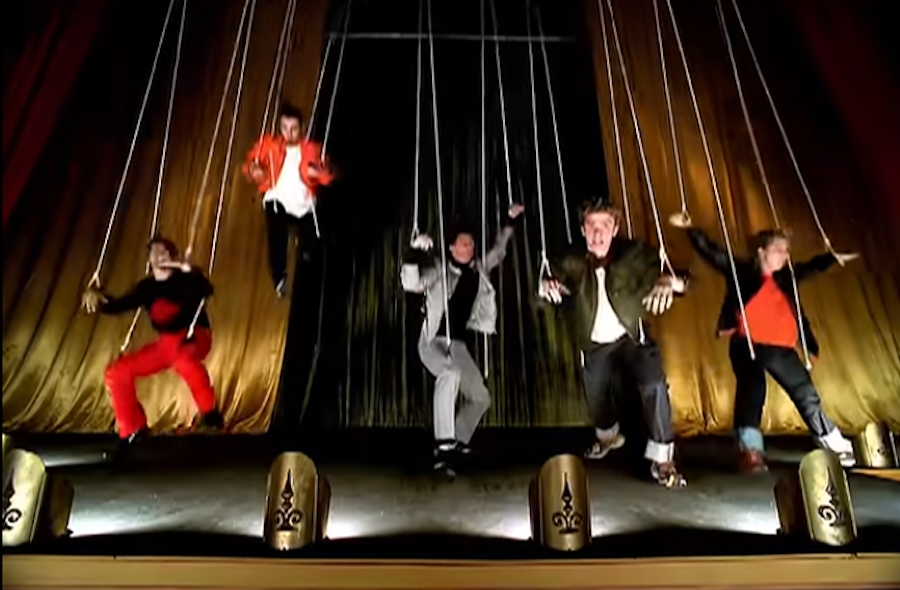 Every once in a while – read: pretty much daily – Twitter will send you into a bit of an existential crisis. Recently, my crisis came as a result of people pointing out a certain milestone thatBritney Spears hit. As it turns out, her star-making hit “Oops!...I Did It Again” is officially 20 years old.

It’s true – the song you most definitely choreographed a dance to and performed with your friends at sleepovers has been around fortwo decades. And that means it’s been roughly two decades since those sleepovers (unless you’ve been quarantined with the right people).

Deep breaths, okay? We’ll get through this together.

Personally, I think the only to get through it is to… well, go through it. Let’s take a look at a few other songs that hit the 20-year mark in 2020!

Some dance moves never fade from your memory. At this point, when “Bye Bye Bye” comes on in the playlist, you’re probably doing the choreography just from muscle memory.

This song was one of the first ones released in the year 2000, dropping on January 11th and essentially causing a cultural reset. In fact, the entire No Strings Attached album turned 20 this year, just a few months ago. We may never get new music from*NSYNC ever again, but the love is still going strong for them. Never forget that Jason Mendoza and Janet’s first dance as a married couple on "The Good Place" was to “Digital Get Down”.

As break-up anthems go, J.Lo’s hit “Love Don’t Cost A Thing” is iconic. Even after 20 years, it still holds up, and J.Lo proved it’s a timeless bop when she included it in her Super Bowl halftime mash-up earlier this year. It certainly doesn’t feel like that was this year, though, does it? 2020, man, what even is time anymore?

Odds are, “Kryptonite” is one of the first songs you really rocked out to in the car. We’re talking full-on air guitar, head banging, and scream-singing. It wasn’t quite considered an “emo” song, but it did let people know you had a little bit of edge in your music tastes. That, along withCreed’s “With Arms Wide Open”, which is also hitting the double-decade mark this year. For whatever reason, the song was a staple for school dances. It’s probably because it was the easiest song to do that weird jump-dancing-without-actually-touching-your-partner thing to. You remember those days?

Whatever happened to the days of girl groups? Between Play,Destiny’s Child (who also had a few songs hit 20 years old this year), and Dream, we were truly blessed. “He Loves U Not” was absolutely a song you and your girlfriends sang with every bit of sass you had in your being. The song is all about being so confident in a man’s loyalty that the girls dare another female to go ahead and try to steal him.

These days, we have the opposite, in Mahogany LOX’s “I Can Take Your Man If I Want To”.

Remember that one time U2 included their new album as an automatic download with an iOS update? Yeah, I’m still mad about it too. But U2 did have a moment where just about everyone loved them, considering just about every show and movie used the song “Beautiful Day” for some sort of montage. You may not have realized it was U2, but you certainly know the song. What kind of memory does it trigger for you?

Now obviously, these aren’t the only songs turning 20 in 2020. These are just the ones that made us clutch our hearts a little bit.

What’s your favorite song from the year 2000? Tweet us!