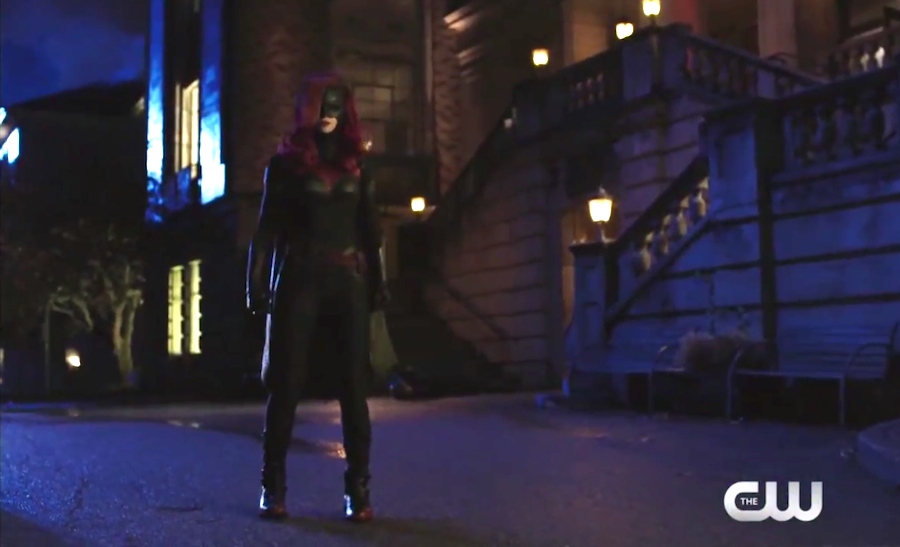 2018 was a great year to be a geek enthusiast and a serial TV binge machine. There were so many great shows that made the leap off the glossy pages of comic books and into our hearts. From Netflix’s "Daredevil" to DC’s "Titans", there is something for everyone to enjoy. And now, with the year steadily coming to a close, everyone is sitting back and waiting for what wonders await them in the new year. Well, Christmas has come early for all you people out there in TV Land, because I have got the lowdown on 10 new shows set to premiere in 2019 that are based on our beloved comic books, and they all sound like we’ll be glued to our screen the whole year!

Everyone remembers the mega Marvel Mashup and all the greatness behind the popular MCU film was thanks to the Russo Brothers. They have since taken their talents to SyFy for a live-action adaptation of The Deadly Class. The comic series is a coming-of-age story set in the late-1980s counterculture, which follows a disillusioned teen recruited into a storied high school for assassins. So it's basically Hogwarts but instead of becoming a master wizard everyone learns to master the deadly arts. Based on the popular series from Image Comics -- the same people behind the Walking Dead comic series which the show of the same name is based on -- The Deadly Class has a huge following, so the show is looking to capitalize on that. They have really outdone themselves with the cast, bringing in such talent as Benedict Wong, Lana Condor, María Gabriela de Faría, and Benjamin Wadsworth. "Deadly Class" is in session starting January 16, 2019.

Everyone knows the names of the Avengers and who has a membership card for the Justice League. But soon everyone will be talking about The Umbrella Academy. Remember names like Spaceboy, The Kraken, The Rumor, The Séance, The Boy, The Horror, and The White Violin, because they are about to become household names. The Dark Horse comic series, who are the publishers of Alien and Hellboy comics, is about a disbanded group of superheroes who reunite after their adoptive father dies. Before he did that, however, he did train them to save the world, and now that they’ve been reunited, evil has a brand new enemy. Besides the superpowers this show is showing off, the cast contains some serious powerhouses -- Ellen Page, Robert Sheehan, Tom Hopper, and Mary J. Blige are just some of the names people will recognize when "The Umbrella Academy" premieres on Netflix February 19.

The Dark Knight Trilogy made him a legend, and "Gotham" gave us an insight into his origins. And, no, I am not talking about the Caped Crusader; I’m talking about his badass butler. Michael Caine flawlessly portrayed the most popular servant in all of the comic lore, and since then, people have wondered how such a man become the infamous Alfred Pennyworth. Well, now that is all about to change. Actor Jack Bannon will be portraying the former special forces officer living in London and working for Bruce Wayne's father. The story takes place in the 1960s and will explore parts of the esteemed butler’s history as we have never seen before. Form the looks of this show, it appears Alfred was a virtual James Bond, and I think that's something every Batman fan needs to see. Heck, it sounds like anyone with eyes needs to see this. Before he aided the legend, see how he becomes the man. "Pennyworth" premieres on EPIX sometime in 2019.

Jack Bannon has been tapped to star as a young Alfred Thaddeus Pennyworth in @EPIXHD’s upcoming original series #Pennyworth, a Batman prequel. pic.twitter.com/1vJXQWciDB

Damon Lindelof, the talented mind behind such hit series as "Lost" and "The Leftovers", is ready to warp our minds once again. The man that drives everyone crazy with his inquisitive storylines will next be tackling what was once considered an impossible comic to turn into a movie or TV series. Watchmen, which was previously given the movie treatment by Zack Snyder, will now be making its way to HBO. The series will be a different take on the source material and has an A-List cast to pull it off, including Regina King, Jeremy Irons, and Don Johnson. Lindelof's version of the story, set in an alternate history where superheroes are treated as outlaws, will be something fresh without compromising too much of the story. The executive producer has compared his series to FX’s "Fargo", which resonated well with fans. This promises to be another reason to get excited for Sunday nights on HBO.

DC has launched their streaming service, DC Universe™, and with that promises a ton of shows for both comic book fans and casual viewers alike. Their series "Titans" has been doing well and a spinoff series is already scheduled. The Doom Patrol, who have already been introduced in the "Titans" series, will be reprising their roles along with others in their own series set to take place after there events of the "Titans" series. "Doom Patrol" is made up of Robotman, Negative Man, Elast-Woman, and Crazy Jane and are lead by The Chief, played by former James Bond, Timothy Dalton. The rest of the hypeworthy cast includes Brendan Fraser, Alan Tudyk, Matt Bomer, Diane Guerrero, and April Bowlby. Once this group of ragtag heroes gets a mission from Cyborg, their lives will be changed forever. Make sure not to miss the Patrol’s first outing next year on the DC Universe streaming service.

Everyone is excited about Aquaman making a splash in theaters this holidays season. Director James Wan has done a magnificent job of bringing the famed Atlantean to life. But his efforts with DC comics don’t stop there. Wan, who is known for his stellar work on The Conjuring films and Furious 7, will be executive-producing a "Swamp Thing" series based on the popular DC comics character, which will only be availabel on the DC Universe app. The official synopsis for this one reads, "Powerful forces descend on Houma, intent on exploiting the swamp’s mysterious properties for their own purposes. A CDC Researcher named Abby will discover that the swamp holds mystical secrets and the potential love of her life may not be dead after all." This could open the door to all manner of other weird and supernatural corners of the DC Universe.

Amazon Prime is looking to cash in on this popular superhero trend. They have given order to 8 episodes of a series based on the comic in a world where superheroes embrace the darker side of their massive celebrity and fame, "The Boys" revolves around a group of vigilantes known informally as -- you guessed it -- “the boys,” who set out to take down corrupt superheroes with no more than blue-collar grit and a willingness to fight dirty. The series will be directed by AMC’s "Preacher" team Seth Rogen and Evan Goldberg, so we know the property is in good hands. This show will feature such stars as Karl Urban, Jennifer Esposito, and Chace Crawford.

The Vertigo Comics property Y: The Last Man is also getting its own series. FX, who has had much success with "Legion", will be adding another comic book-related series to its roster. The show will be set in a post-apocalyptic world, and Y is the last surviving male human on the planet. Amber Tamblyn, Timothy Hutton, Barry Keoghan, and Diane Lane are all set to star in the highly-anticipated series. The show is still in early development, but from the storyline and the cast, it promises to be a gamechanger. Make sure to keep your ear to the ground to find out when it releases next year.

Another DC Universe project that has received a direct-to-series order is set to be exclusively launched on their platform. "Metropolis" will follow Lois Lane and Lex Luthor as they investigate the world of fringe science and expose the city's dark and bizarre secrets. It promises to show us a wondrous and awe-inspiring City of Tomorrow, before the emergence of Superman, and establish much of his world leading up to his arrival. No cast has been announced but it will be available sometime in 2019.

Explore the City of Tomorrow before Superman's arrival in METROPOLIS — a live-action #DCTV series set to premiere exclusively on DC's upcoming digital service in 2019: https://t.co/VgdpsD7qqSpic.twitter.com/j2gl2cFgNQ

And last but not least, Ruby Rose will become Batwoman in The CW's DC TV universe. She will be introduced in the crossover event called "Else World" and then next year she will receive her own series. The show is based on Kate Kane, a bisexual ex-special forces member that takes on the Bat-mantle after being saved by the Caped Crusader. She would never need to be saved again. Batwoman has never been portrayed in live-action before, and with Rose killing it in films like xXx: Return of Xander Cage and John Wick: Chapter 2, this seems like a solid entry to watch. "Batwoman" touches down on The CW in 2019.

(Image via The CW/DC Comics)