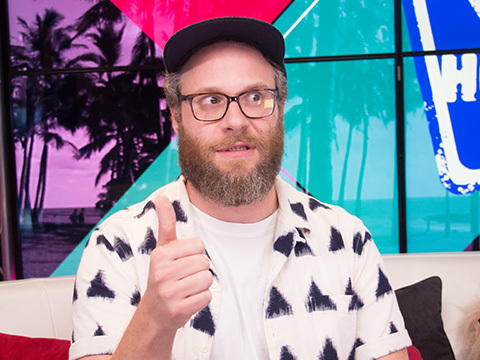 The always fun and hilarious Seth Rogen returns to the Young Hollywood Studio to scoop us on the film 'Like Father' in which he stars and was written and directed by his wife, Lauren Miller Rogen! He tells us what it was like to work with her, as well as his co-stars Kristen Bell and Kelsey Grammer, plus he reveals why he hates cruise ships and why he only carries his dog in a bag when he's in New York!