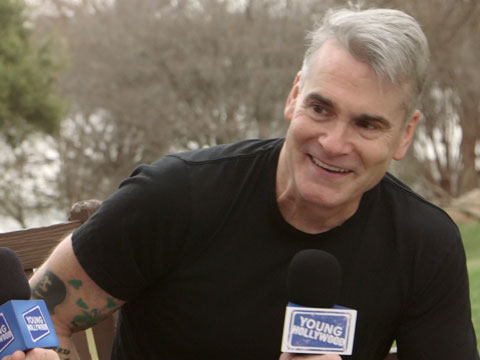 YH sits down with rock star, writer, host, publisher, actor, and everything in between, Henry Rollins, and writer/director Jason Krawczyk at SXSW in Austin, Texas, to find out more about their film collaboration, 'He Never Died'! Henry explains how he had to reign in his natural energy to play the deadpan lead in the film, plus he talks about how his adaptability to life has led to the many professional opportunities he's had!