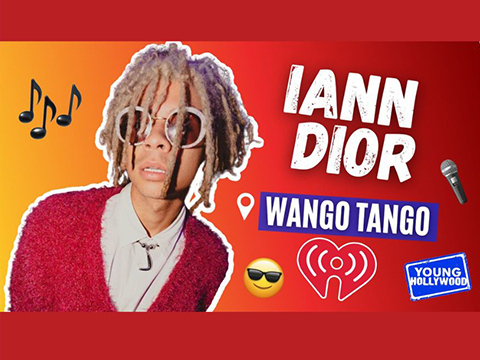 It's just plain facts that Iann Dior is a "mood" and being in his presence fills us with "emotions". Iann has been a music-making machine since he started dropping tracks on Soundcloud only 3 years ago, with 2 studio albums under his belt and a slew of singles charting everywhere from Ireland to New Zealand to here in the States. Now he's a featured performer at iHeartRadio's annual Wango Tango music festival, and Young Hollywood is there to catch up with the pop-rap artist on the red carpet to find out how he's feeling finally getting to see his fans face to face again after the long pandemic! He also shows off his fit, which isn't just drippy but also sends a message, plus he reveals to us his pre-show ritual, his dream collabs, and his Summertime anthem!