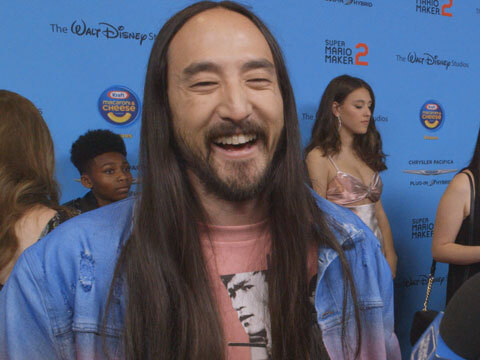 Steve Aoki Reveals His Fave Thing About Working with BTS

Young Hollywood has been following Steve Aoki for almost a decade now, so when we ran into the iconic DJ at the ARDYs (formerly the Radio Disney Music Awards), it was like catching up with an old friend! He gives us all the scoop on what it was like to collaborate with K-pop superstars BTS, "Waste It on Me", including his favorite thing about the boys, plus he breaks down some of his pre-show rituals with us. Then we hit him with some Disney trivia in honor of the occasion -- see how well he knows Disney classics like 'Aladdin', 'The Lion King', 'The Little Mermaid', and 'Cinderella'!