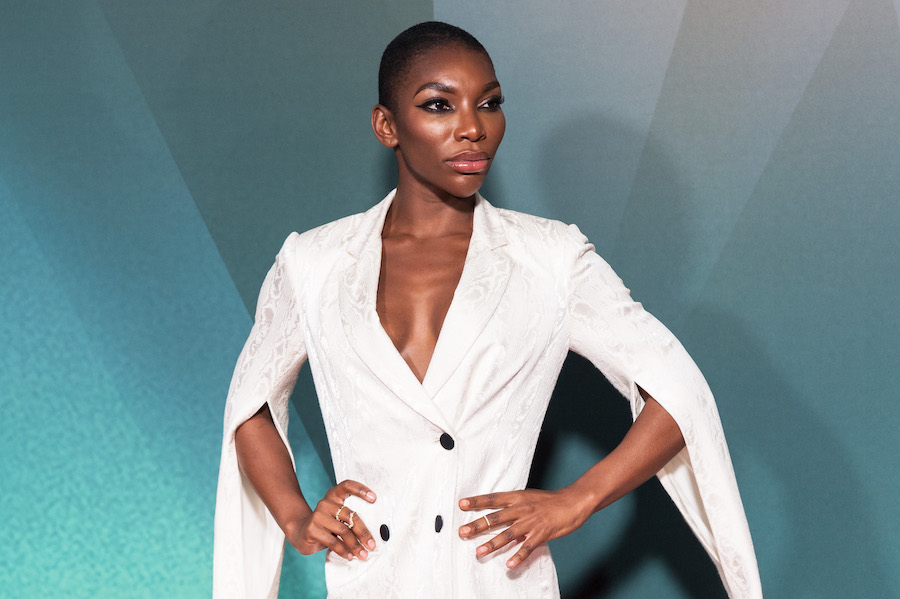 The creator of one of the most subtlety powerful shows, Michaela Coel just recently earned herself a more than deserved Primetime Emmy Award (the first Black woman to win an Emmy in her category!) and multiple BAFTAs for her outstanding and impactful writing, producing, co-directing, and performing in HBO's “I May Destroy You”. There’s a lot to be said for an individual as brave, genuine, and impassioned as her -- someone who not only singlehandedly creates such a monumental show, but more importantly develops and shares a story that is a sensitive and transparent depiction inspired by her own traumatic experience of sexual assault. An authentic and ruminative inspiration to so many, especially people of color, Michaela Coel is absolutely one woman we love to support.

Taking note of the short and sweet but nonetheless tremendous acceptance speech she gave, Coel implores people to write and explore subjects within that we may find emotioanlly easier to avoid. With this, she advises that the feeling of invisibility is not something to be afraid or ashamed of, but rather something to learn from and take time with. As she concluded, she dedicated her award “to every single survivor of sexual assault.”

Coel has been included in Time magazine’s 100 Most Influential People of 2020, named one of the breakout stars of 2020 in film, and was also honored in British Vogue’s 2020 list of influential women. With her first book fresh off the publishing rack, Misfits: a Personal Manifesto, Coel is an inspiration that just won’t stop. The book is based off a prior lecture she gave at the 2018 Edinburgh Film Festival, one that recounts her personal experiences with racism and misogyny throughout her life as a Ghanaian-British actress, screenwriter, director, producer, singer, and, most significantly, as a Black woman. Another commendable decision made by Coel was refusing a $1 million deal from Netflix after the streaming service declined to offer her intellectual property ownership of her show – highlighting her priority to remaining authentic to her stories and herself, no matter what amount of money may be lost.

Read an excerpt from @MichaelaCoel’s “MISFITS: A Personal Manifesto https://t.co/cnYxjuX16D

Aside from being the immense and encouraging writer she is, Coel has also worked in the past with BBC, starred in episodes of “Black Mirror”, and previously won a BAFTA for Best Female Comedy Performance and Breakthrough Talent for her writing in 2016 for her work in the sitcom “Chewing Gum”. And as recently as this past July, she was cast in the upcoming Black Panther: Wakanda Forever.

We couldn’t be more supportive and excited to see what her future holds and how she will flourish, pave the way for other Black women creatives, and transform the entertainment industry for the better.