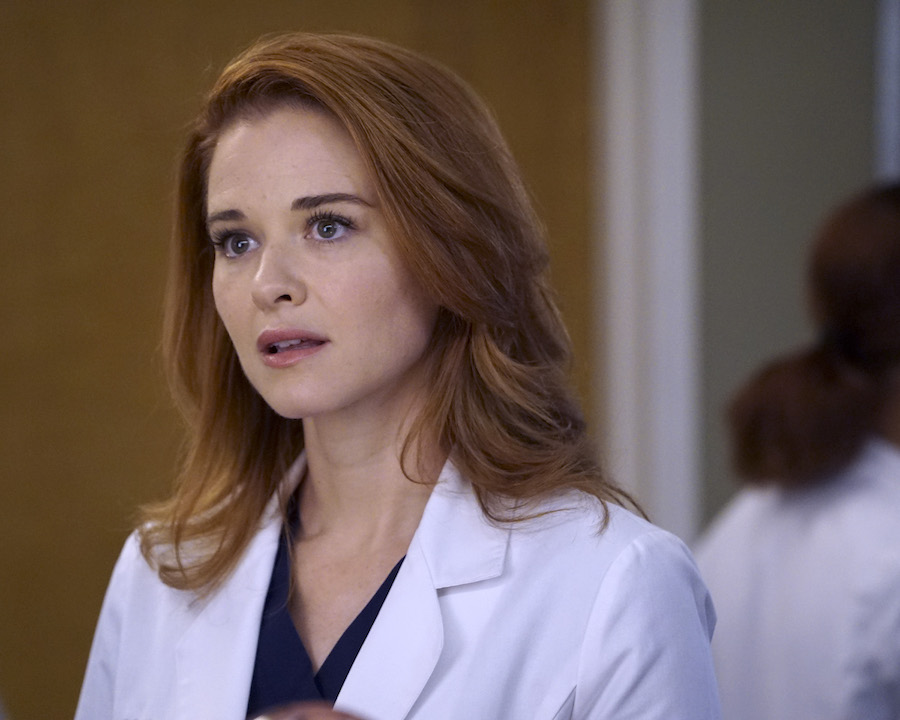 Fans were truly devastated when Sarah Drew left "Grey’s Anatomy". Drew played the beloved April Kepner and first joined the show back in Season 6 before leaving in Season 14. Thankfully, the character wasn’t killed off, so fans held out hope that Drew would reprise her role before the show ended. The day to celebrate has finally come -- Drew not only announced that she is returning, but her and co-star Jesse Williams posted BTS content while filming together. The reunion was the talk of social media and fans were thrilled to see Japril together again.

While April did officially get her happy ending by marrying Matthew, there was a time fans were left holding their breath when she nearly died in the previous episode before her exit. It is unclear how they will write her return or what the reason will be, but she and Jackson are still co-parenting their daughter, Harriet, so it would make sense that her storyline will involve him. The two actors work so well off of each other and we all know that Jackson is April’s “person”.

Drew was always a fan-favorite and still is, earning the title with her fantastic acting in extremely challenging storylines, while also making fans fall in love with April more and more every season. April showed beautiful strength and grace, also representing a devoted Christian, which is a rare portrayal in the media. Her character evolved throughout the series, truly embracing her true self by the end — she is a swan after all!

There are so many amazing April moments, but who can forget the time she fought a guy who was harassing her the night before the boards, owning her brilliance and not allowing herself to be degraded? Or all of the times she stood up for herself and her beliefs, sticking up for herself when everyone tried to belittle her for being a virgin? The trauma surgeon taught us that, just because something seems like it cannot be fixed,  it doesn’t mean it’s broken. Of course, we also have to mention the most iconic Japril moment, aka when Jackson stands up to object at April’s wedding and the two run off together!

April is a soldier, constantly rising above any and all obstacles. From failing her boards, devastating pregnancy storylines, and questioning her faith, she got through it all and came out stronger. Going into labor with her second child, April is forced to have Ben deliver the baby at Meredith’s house. The scene is brutal to watch, and April’s determination to save her baby after losing her first one is heartbreakingly powerful. One storyline that will always stand out is watching April struggle with her faith yet finding and coming back to God, truly portraying her journey as a Christian.

But just FYI
I’d like to think that april and Jo are celebrated whether they are in a “shipped” couple or not. Here’s to writing strong/spectacular/complicated women on this show! @sarahdrewhttps://t.co/xoR4h0WNnM

Drew delivered one of the best performances of the series with the loss of Samuel, April and Jackson’s first child. In “All I Could Do Was Cry”, the actress ensures that no one will be able to watch the episode without crying as she holds her baby boy for the first time and says goodbye to him all in the same moment. Drew also gave one of the most remembered moments/dialogues of the show in “Death and All His Friends”. When a shooter invades the hospital, April comes face to face with death, leading to an emotional speech about her identity, where she says that she’s not finished with her life yet. Her words will hit anyone watching in a very moving way.

We cannot wait to see April Kepner back on our screens because the show has definitely not been the same without her. The episode will no doubt be one of the best of the season and definitely is one of the most anticipated! Be sure to catch new episodes of "Grey’s Anatomy" on ABC, Thursdays at 9pm!