The Best Looks From the 2021 NAACP Image Awards! 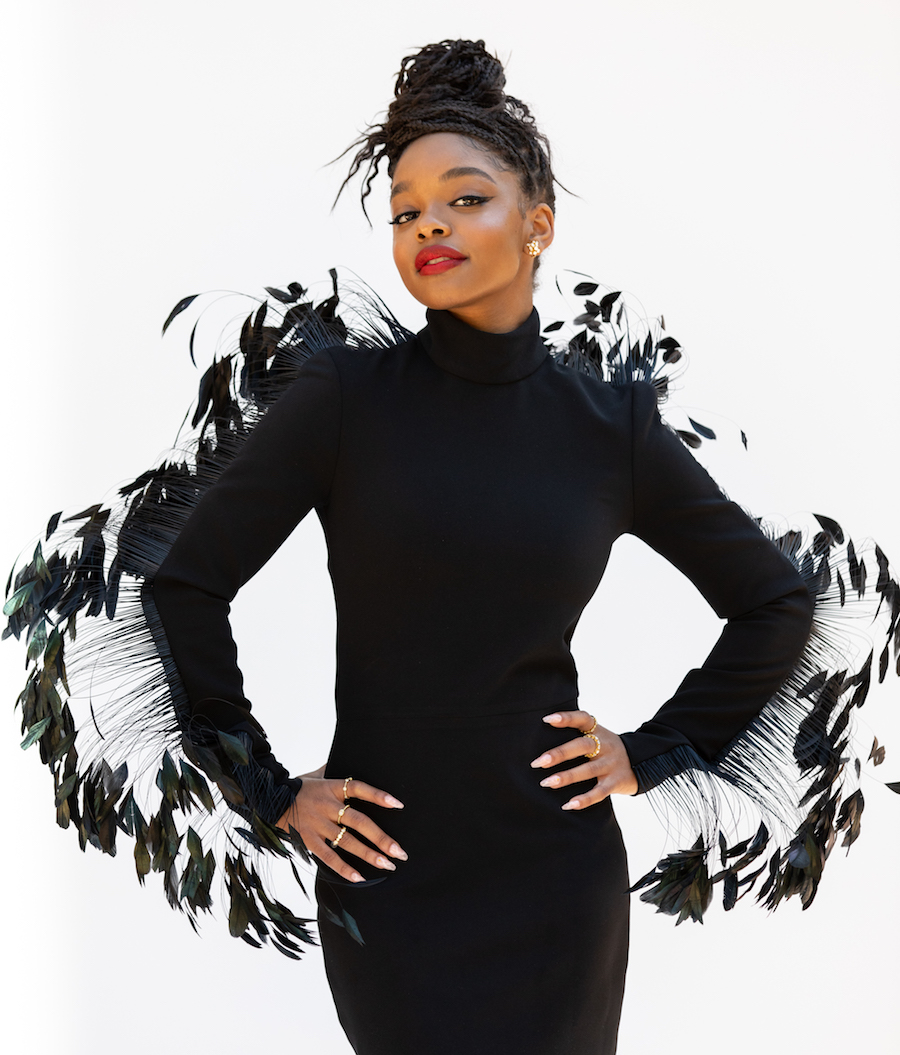 This year’s NAACP Image Awards was a 5-night event, with the final televised awards hosted virtually last night (March 28) by "Black-ish" starAnthony Anderson on BET, as well as being broadcast on CBS for the first time. Despite the event being virtual, the stars still showed up in stunning designer pieces, and we are in awe of these stunning one-of-a-kind looks. Here are our favorite best-dressed celebs from the awards!

Regina King, nominated for Entertainer of the Year, Outstanding Actress in a Comedy Series, and Outstanding Directing in a Motion Picture, looked stunning in her copper gown before her at-home backdrop. Her Oscar de la Renta dress shone beautifully with a one-shoulder detail, shoulder pouf, and long cape cascading behind her. She paired the custom gown – which was truly made for her – with equally glitzy Stuart Weitzman heels.

Cynthia Erivo went all out is this sparkly netted gown, something totally outside the box that was a favorite of the Image Awards. She looked like a true princess in her Lavin dress with Mateo jewelry and white heels, with a tiered skirt that was, simply put, made for twirling.

Tracee Ellis Ross, being the fashionista that she is, sported not one but two looks for the night. Nominated for Outstanding Actress in a Comedy Series and Best Actress in a Motion Picture, Ross’s first look consisted of a Schiaparelli padded-shoulder top that fanned out over wide leg black trousers and incredible white-and-gold platform shoes. She took home Best Actress in a Comedy Series in 2018, 2019, and 2020, and this look, topped off with a white and gold dove headpiece, was one that stood out during this year’s awards.

Martin won Outstanding Supporting Actress in a Comedy Series and Outstanding Performance by a Youth for her role in "Black-ish", adding to her growing list of accolades. Her outstanding dress was no exception – with head-to-toe incredible detail, it was a standout as much as Martin is. Designed by Christian Siriano, the black dress featured arms feathered and shoulders and tall black heels to match. The heel itself stood out too, with white stacked circles making this a simple and elegant but chic look that stole the show.

Tabitha Brown is the first person to win an award for Outstanding Social Media Personality at the NAACP Image Awards, and she certainly dressed for the occasion. Her Algernon Johnson gown had not only a beautiful pattern and cinched waist but a very chic cut and collar on top reminiscent of a blazer. The bottom of the dress fans out underneath a matching belt, a refreshing pop of color and lively patterns for Spring.

Davis won Outstanding Actress in a Drama Series this year, and this springy gown did not come to play. Designed by Duro Olowu, the blue, pink, and orange gown featured a peplum waist and a flared mermaid bottom. The bright colors and stunning contrast between them all payed homage to a floral-leopard-print style pattern – perfect for being photographed outdoors on an award-winning actress.

The first awards were 53 years ago in 1967, but being virtual for the 52nd Awards didn’t stop stars from looking incredible from home. Categories in excellence in movies, TV, music, and literature included Outstanding New Artist, Outstanding Motion Picture, Outstanding Actress in TV and movies, and more.