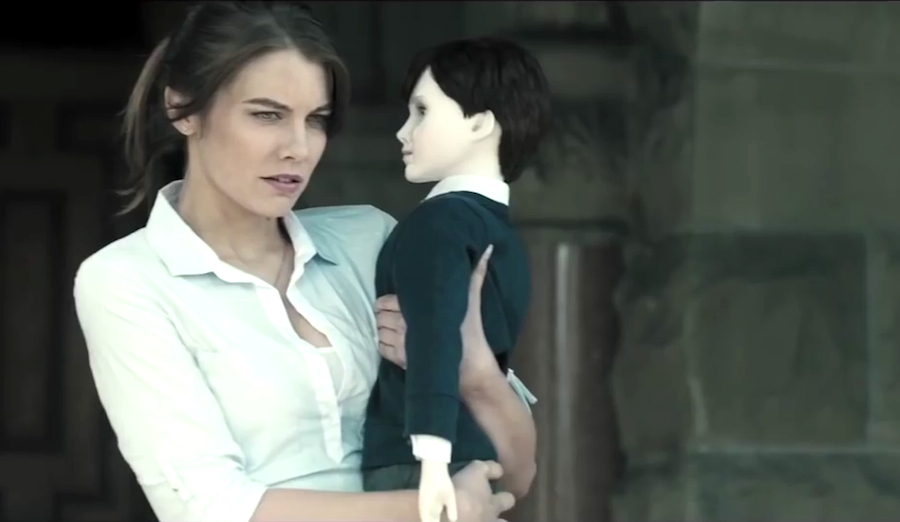 The Boy is set to hit theatres tomorrow (January 22), and we are ready to get scared out of our seats! The story follows a nanny (Lauren Cohan) who was hired to babysit a life-sized doll that the family sees as their son. By violating advised rules, disturbing events start to occur that convince the nanny that the doll is actually alive after all. Yikes!

Casting a creepy doll as the leading role is always a sure-fire way to inspire some scares, and it has us reminiscing on old films that starred other evil dolls that gave us nightmares when they first came out. Here are 5 other movies that revolve around creepy dolls!

This being based on a true story, I was definitely scared to watch it. In it, a doll is gifted to his wife by a man who wanted to add to her doll collection, but what they didn’t know was that the doll was actually possessed by an evil spirit that has lingered on for years. As Annabelle attempts to possess his wife’s soul, the couple tries to escape from her evil actions. I couldn’t walk into a toy store after this one...

This horror classic focuses on what happens when a single mother gifts her son with a doll for his birthday -- a doll that happens to be possessed by the spirit of a dead serial killer. To flee from the wrath of Chucky, the mother and son avoid his attempted murders. I remember having nightmares about him for months when this first came out.

Director Stuart Gordon captures an eerie story about 6 individuals who have been trapped in the mansion of two elderly doll makers during a thunderstorm. They later learn that the dolls in the house were made for demonic biddings, and when the hostages try to escape, the evil dolls won’t allow them to leave. There is just something so creepy about movies that were made in the '70s to the '80s...

This eerie film will get your skin crawling as it follows a man who recently became the CEO of the largest doll factory in Mexico. Wanting to please his child, this man gifts his 7-year-old daughter with a doll named (you guessed it) Dolly. The more time that she spends with Dolly, though, the worse her attitude becomes. I developed a fear of small children as well after watching this film!

This is not your typical doll movie. A man discovers a way to bring puppets to life, and allegedly kills himself. His colleagues come to find was that it wasn’t suicide, but the fault of the killer dolls that he had brought to life. Stuffed animals don’t look so cuddly to me anymore.

So now that we’ve had a few films to prepare us for The Boy, do you think you’re ready to watch it on the big screen? I know I won’t be watching it alone!

And be sure to check out our chat with The Boy star Lauren Cohan in the YH Studio!