'The Archies' and 5 Other Comic Series That Should Be Adapted For TV! 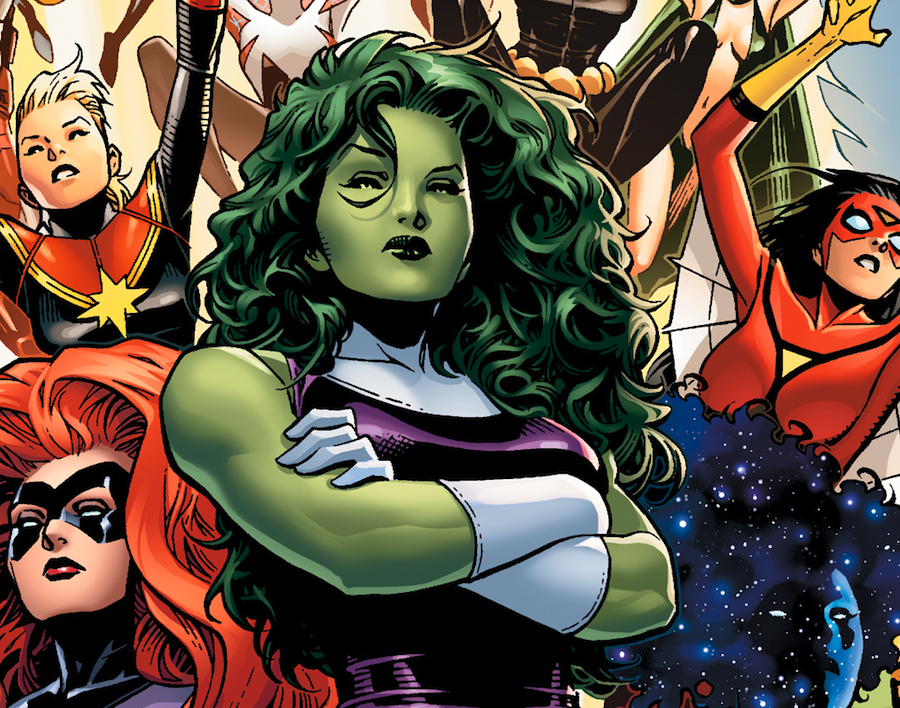 Does the "C" in "The CW" stand for "Comics"? Because it really is starting to feel that way, as the network is preparing to adapt yet another famous comic. However, instead of adding to their arsenal of superheroes, they’re focusing on a different type of hero -- namely, Archie Andrews from the long-running high school series, The Archies, who is about to get his own television pilot!

Simply titled “Riverdale”, the pilot (and, if it’s picked up, the series) will focus on Archie and his chums as they take on the fictional town of Riverdale. Although certain facets of the comics will remain in tact for “Riverdale” (for instance, tomboy Betty Cooper and socialite Veronica Lodge will still fight for Archie’s love -- you can’t have an "Archies" series without that!), the pilot promises to take a bold, new look at Riverdale, focusing on the darkness and weirdness hidden beneath the town’s wholesome facade. I’m curious to see if the writers will pull any inspiration from Afterlife with Archie, a graphic novel in which zombies overtake Riverdale. While the writers have not confirmed this (sadly), they have said that there may be some crossover with other characters, such as Josie and the Pussycats, and that Archie’s new LGBT pal, Kevin, will make an appearance.

While I am pleased to see Archie receive his own TV show (especially since the Riverdale gang hasn’t really been able to make the jump from page to the screen since their animated series from the 1960s), there are a number of other lesser-known comics that I would like to see adapted into television shows. Here are a few:

I will admit that the premise for Fables does sound a bit like ABC’s “Once Upon a Time”, but there are some very significant differences between the two. In Fables, all of the characters originate from famous fairy tales (Snow White, the Big Bad Wolf, etc.) and are transported by the “Adversary” to live in the real world among us boring mortals (aptly nicknamed “mundies”, short for "mundane"). The characters who look human enough live in a designated part of NYC run by Snow White and her husband, while the rest are banished to live on the dreaded farm (there is no charming Storybrooke in Fables). The series has a ton of sex, drugs, and rock and roll (which has never happened on “Once Upon a Time”, unless I missed that episode), so perhaps this is one adaptation that may be best handled by a cable network.

This crime-fighting duo has a pretty kickass backstory that would translate well into a television series. Ty Johnson (Cloak) and Tandy Bowen (Dagger) are two teenage runaways living in NYC. One day, they are captured and dosed with an insidious amount of a new form of synthetic heroin. Instead of killing them, it gives them super powers -- Dagger can project daggers of light and heal people, while Cloak has an actual darkforce dimension. The comic’s feel is nitty gritty, which is en vogue at the moment (Netflix’s “Daredevil” and “Jessica Jones”, anyone?) and thanks to improved CGI for television, Cloak and Dagger’s powers could look and feel believable.

Bruce Banner’s cousin is actually a fairly well-known comic book character -- so why hasn’t she received more love? She Hulk is arguably just as cool as her green cousin and arguably more put-together than Bruce. Jennifer Walters (She Hulk) first gains her powers after she receives a blood transfusion from Bruce. While she struggles to control her powers at first, she eventually decides to embrace her new emerald self by permanently looking like She Hulk. She doesn’t just kick ass on the street, she kicks ass in her everyday life as a defense attorney. Imagine a series where, every week, a giant, gorgeous, green Amazonian woman storms into courtrooms and takes down pitiful men. This show needs to be made.

Compared to Fables, Bone is relatively lighter fare. This charming series (written and entirely drawn by Jeff Smith) follows the Bone cousins (Fone, Phoney, and Smiley) who are thrown out of their home, Boneville. As they attempt to adjust to life on the outside, they are swept into a battle against the Lord of the Locusts (think Sauron from Lord of the Rings). There are multiple books in the Bone series, which could easily lead to multiple seasons of a television series. Considering how delightful Smith’s drawings are, Bone should be left in its original form and would probably work best as an animated series.

Written by Fabio Moon and Gabriel Ba, this relatively new series has already gained quite a following. Each chapter in the series retells an important event in the life of obituary writer Bras de Olivias Dominguez, but each retelling is from a different point of view. If that’s not weird enough, each retelling of this event ends with Dominguez’s sudden death. The book certainly has elements of magic realism (and even borrows from that genre’s primary creator, Gabriel Garcia Marquez), but magic realism doesn't tend to translate well to the screen. Since Daytripper is a limited series, its television run would work best as one as well.

Which comics would YOU like to see adapted into TV series?