The 12 Best Episodes & Moments of “UNHhhh” With Trixie & Katya! 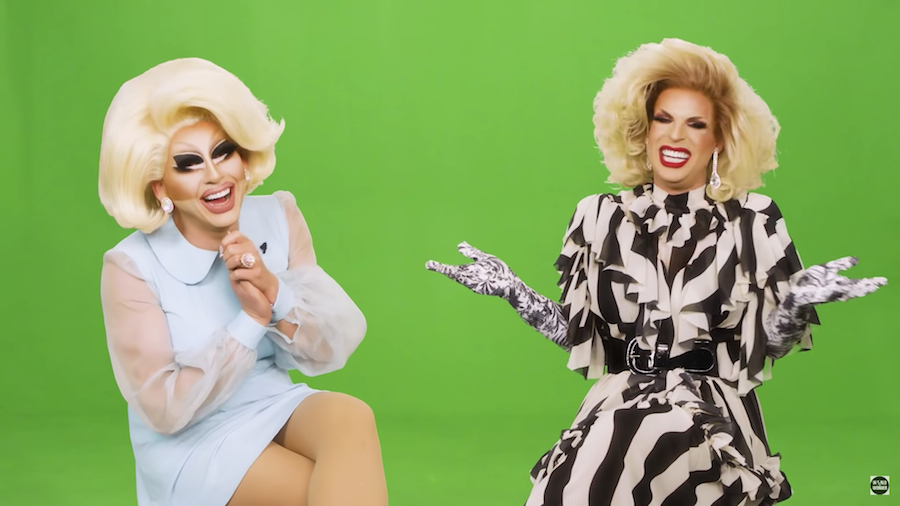 Trixie Mattel and Katya Zamolodchikova are not only "RuPaul’s Drag Race" legends but also (un)authorized self-help gurus on their World of Wonder show “UNHhhh”. The two queens discuss any and all topics they feel like covering (it’s their show, not ours), racking up a whopping 6 chaotic seasons so far.

I took on the task of rewatching every episode and devising my own list of Best Episodes (determined by a calculated analysis of the best moment[s] in each episode). Here we go! (Warning: NSFW!)

The Moment: Katya tells Trixie that she was bound to lose Season 7 of “Rupaul’s Drag Race”. Queen of Keeping It Real and Humbling Your Friends.

The Moment: Trixie talks about how good her theoretical baby would look in wigs.

The Moment: Katya gives an unsolicited review of Jodie Foster’s acting abilities, all while wearing her hand hat (so camp). Talk to the hand.

The Moment: Trixie shatters the illusion and pulls back the curtain on the studio and green screen they film in front of. We love (and appreciate) the transparency.

The Moment: Trixie makes Katya believe that Leslie Jordan had passed away (he’s of course still up and kickin’ and dominating Instagram). Katya’s soul left her body for 0.5 seconds.

The Moment: Katya is just really excited about Christmas popcorn while confusedly comparing the Christmas song “Mary Did You Know” to Michael Jackson’s “Smooth Criminal”.

The Moment: Trixie refers to Dave & Buster’s as a straight bar.

The Moment: Katya tells a charming anecdote about a classmate that had worked as a contract hitman before being brutally murdered.

The Moment(s): Katya informs Trixie that she had thought cars worked like go-karts on a track, making it impossible to drive off a road even if you tried (which only reinforces the stereotype that gay people can’t drive). Trixie brings up the fact that she has a multi-car garage but only parks her Barbie Jeep in it.

The Moment: Trixie tells Katya a cute childhood memory of her dog Checkers getting mauled by a bear in her neighbor’s backyard.

The Moment: The undisputed Moment of the entire series thus far, and it’s saved for last. "License" and "Registration" make an appearance when Trixie busts them out for Officer Katya during a bit about getting pulled over.