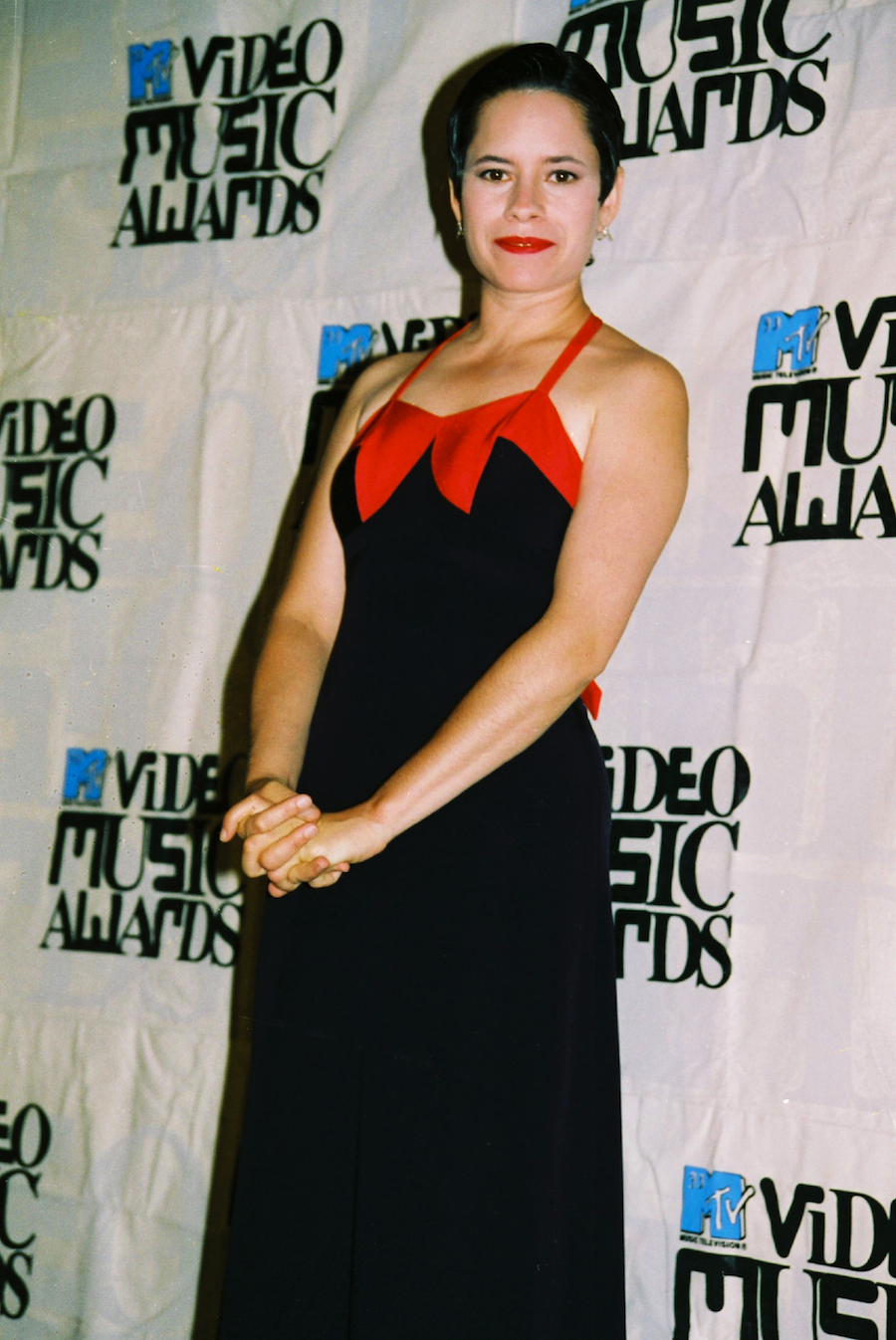 Natalie Merchant first enchanted us as the doe-voiced frontwoman of alt-pop/college rock band 10,000 Maniacs in the 1980s and early-1990s, a group that was perhaps a little too ahead of its time to really break mainstream, but their influence in the world of alternative rock is well-established, with 5 singles breaching the Top 10 on the U.S. Alt charts. Ironically, the one song of theirs that I remember the best (and which still gets heavy rotation on my iTunes playlist) is a song that never charted in the Alt category!

Be honest, you could just as well hear a song like that playing on any contemporary radio station right now, and even the music video looks more 1992 than 1988.

In the mid-‘90s, the group became the 9,999 Maniacs when Natalie left to pursue a solo career, and as it should happen, it was a very good move for her, as she found way more mainstream success and became the poster girl of the Folksy Female Singer-Singwriter Movement of the ‘90s thanks to her 1995 album Tigerlily, which boasted three hit singles: “Wonder”, “Carnival”, and “Jealousy”. Each video for these singles were refreshing in their simplicity, featuring (respectively): a chorus of girls and women of all ages, races, and abilities; black-and-white b-roll of Natalie wandering the city streets taking photographs; and Natalie performing at a coffee shop.

Excuse me while I pull myself out of this time wormhole… Whew! Memories.

In 1998, Natalie followed up Tigerlily with Ophelia, which actually charted better at #8 but was only certified Platinum (whereas the Tigerlily went 5x Platinum but peaked at #13). Ophelia featured the single “Kind and Generous”, which was slightly more ambitious video-wise, featuring performers of a traveling circus hanging out and doing their circus-y things…

Not sure what that has to do with the content of the song, but it’s still fun to watch!