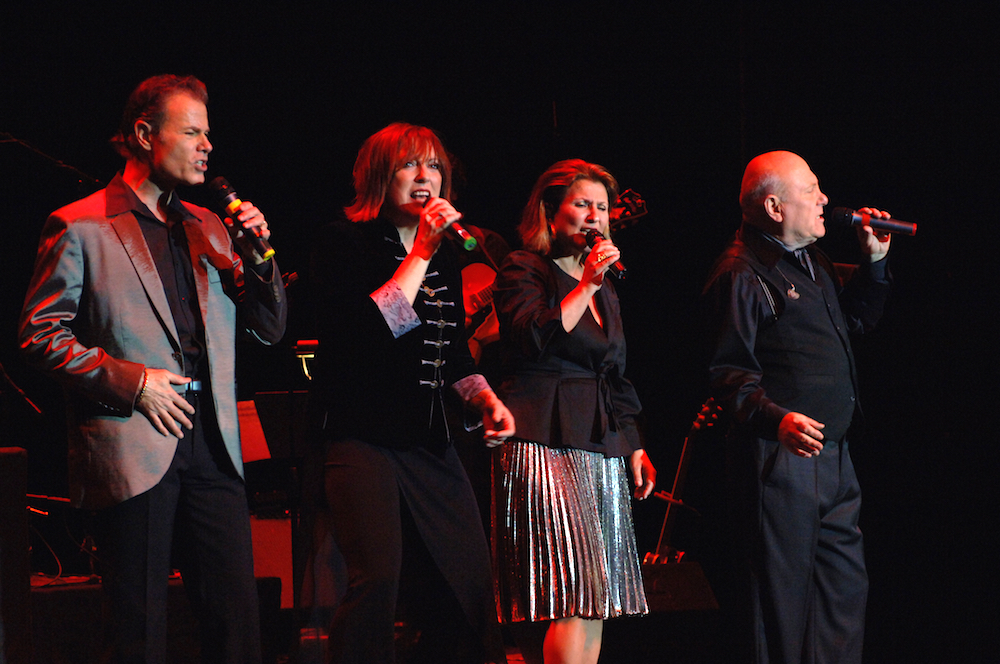 There was a brief moment in the early-‘90s when Scat became cool and mainstream.
This was thanks to jazz vocal quartet The Manhattan Transfer, who somehow managed to crack the adult contemporary psyche and make us all want to become 1940s club crooners with their infectious and cheeky hit, “The Offbeat of Avenues”, from the Grammy Award-winning album of the same name.
When my ears got a load of this tune back in ’91, I too fell victim to its spell. I watched the video whenever it came on VH1 (okay, it didn’t quite infiltrate the MTV crowd at the time), and you better believe I have it on my iTunes.
Made up on Tim Hauser, Alan Paul, Janis Sigel, and Cheryl Bentyne, The Manhattan Transfer has been skibbity-scatting their way through the jazz fusion scene since the Nixon Administration. Consistently popular with the cappuccino crowd, the foursome finally got to taste mainstream success in 1991 when “The Offbeat of Avenues” managed to reach a wider audience. Like impressionable 11-year-olds who had a thing for slick harmonies and acapella…
(Though I never attempted to sing along with it, which is good considering the lyrics appear to be based on a stream-of-consciousness fever dream that I never would have been able to decipher in those pre-Internet days!)
So, this weekend, if you’re feeling particularly frisky or just a little hipster-y, throw on this groovy jam and I’ll see you at Deuce’s Cafe!
(Photo via WENN)
- Katie Marzullo, YH Staff Editor
[email protected]