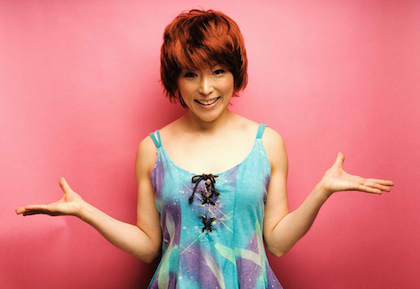 You probably listen to a lot of music on your computer, but have you ever considered the relationship between the two? Singer/songwriter Anne-Simone certainly has. The Northwest-based musician has a penchant for blending her interest in software and music she creates on her keyboard.

Simone’s music can be described as futuristic with an uplifting feel, and falls into a blended genre of pop/indie/electro pop. Her first EP, Bittersweet, is set to be released in the New Year, on January 11.

One single off the EP, entitled “Digitalize Me”, has an interesting and relevant twist -- the lyrics of the song actually make up a real computer program. When Simone isn’t making music, she’s creating computer software, so the concept isn’t so far off from her end, but it’s a new one from where most of us stand. She says that she was pondering the following quote and decided to apply it literally to her music: "Programs must be written for people to read, and only incidentally for machines to execute."

The result is a sweet, poppy electro jam that seems to be about relationships, but with its technical background, you might wonder if it really is. Do computers have a soft side? If you're dying to get a glimpse of the code as well, don’t fret, that’s available for viewing here.

“Gone So Long” has an entirely different feel, being dependent on its piano sounds and emotional vocals. She’s definitely tapping into human interests here. “Bittersweet” has more of an indie vibe mixed with professional recital performance that leaves plenty of room for Simone’s unique voice to shine through.

Simone says her musical influences are a blend of hits from the past and today, and summarizes her process of making music as follows:

"I am a citizen of the world.
I tread gently on this earth.
My glass is always half full.
I celebrate differences.
I believe music soothes the soul.
I aspire to be the change I want to see."