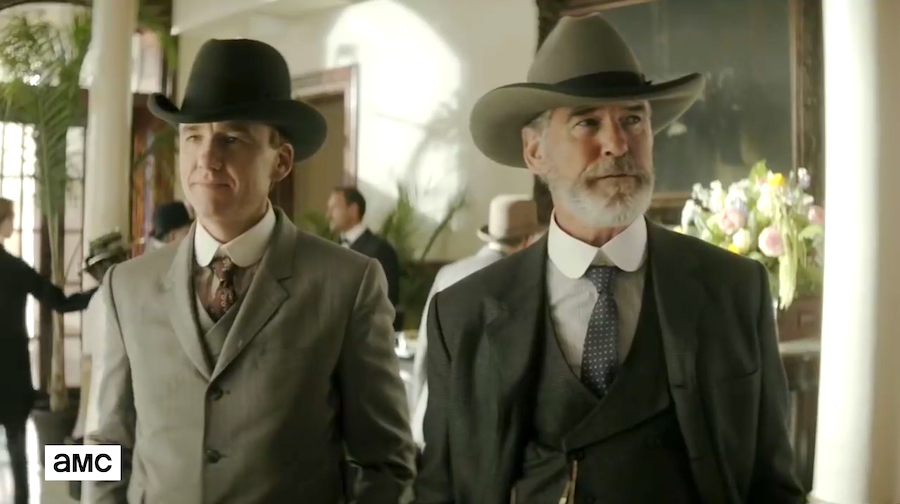 Welcome back to TV, Pierce Brosnan! Thirty years after last gracing our television screens in NBC's action/adventure/crime/romance/comedy "Remington Steele", Brosnan makes his return in AMC's "The Son", playing another character who knows how to kick butt when needed -- qualities he's more than familiar with.

"The Son", which premiered this past weekend, is a show created by Phillip Meyer is based on his book by the same name focusing on a multi-racial family that experiences the birth of Modern America (and Texas specifically) and what it's like to be a part of a big powerful family that can just as easily rise as fall. (Which can be very interesting, in a time when diversity seems to be a problem.) Brosnan portrays Eli McCullough, the patriarch of the family who at a young age was kidnapped and raised by a Native American tribe that taught him how to handle certain business dealings.

Westerns seem to be making a comeback of late, and if that's something you're into, then we know you will love "The Son". If you're a fan of the show "Dallas", either the original 1980s version or the recent reboot, "The Son" has many similar characteristics.

"The Son" airs Saturday nights at 9pm, and with only 10 episodes this season, you're not gonna want to miss a single minute!