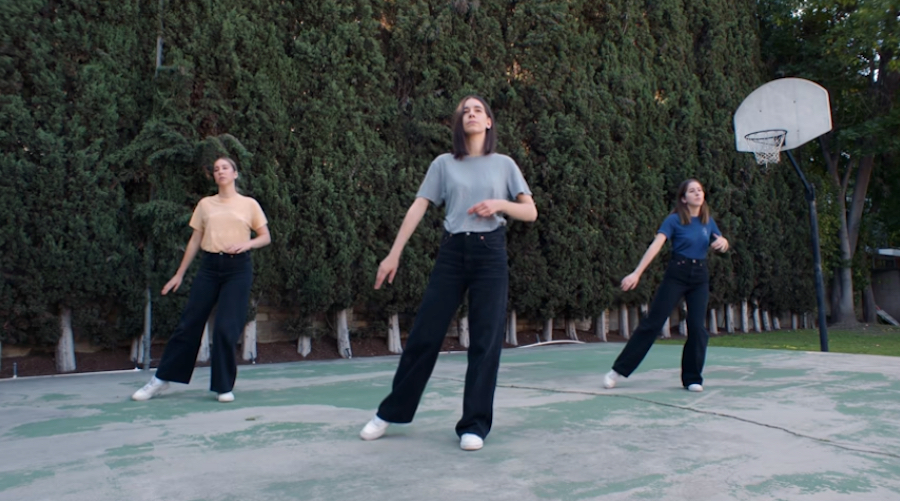 Stay-at-home orders have stopped production everywhere, and artists, (with the help of their directors) have taken up the task to adapt to these changes. They have found different ways in giving their fans official music videos made from home.

We present some of the most entertaining and creatives ones yet!

TheJoBros treated us with two new singles last month, including “X” featuring Colombian singer, Karol G. Nick, Joe,Kevin, and Karol have a dance party through literal phone screens. Showing the nature of video calls, they included shots taken in selfie mode. With the brothers and Karol quarantining at their own homes, they independently recorded their takes for this music video.

Olivia O’Brien, with the power of green screen, brings us a music video for her track “Josslyn”. We knew we were in for a treat when the video opened up with O’Brien in a field with a mini-Olivias and a sun with her face going across the screen. If you follow Olivia O’Brien on TikTok, you may then recognize the official “Josslyn” dance!

The sister singing duo pay tribute to the iconic silent film The Passion of Joan of Arc in their latest music video. The video is captured through the lens of a film camera that showcasesAly & AJ’s emotions. Like a silent film, a sequence of text is flashed through the screens after visuals. The sisters shared in the YouTube comments that the premiere was also their first time watching the final cut!

4. twenty one pilots – "Level of Concern"

Tyler Joseph and Josh Dun released the track “Level of Concern” in April based on the Coronavirus pandemic. In a room of lasers and glow-in-the-dark stars, Joseph and Dun show that they’ll be okay! The effects of social distancing are shown as the duo mail a package with a USB drive back and forth. There are special appearances from Debby Ryan as well as Tyler's wife Jenna and their daughter Rosie.

Located in a backyard, HAIM shows us how to groove to the beat of their latest track “I Know Alone”. And they do so effectively at a 6-foot distance! It really isn’t a HAIM video if there isn’t some sort of dancing! The group of sisters created a choreography for the song in collaboration withFrancis and the Lights. The choreo begins at a slow pace and increases as the song goes on. The dance is what makes the simplicity of the video unique.

Last but not least, we got Ariana Grande and Justin Bieber’s collaboration “Stuck with U”. The video for the romantic ballad was brought to life thanks to the help of fans, friends, and first responders that sent in videos. Everyone showed off the company they have during this self-isolation period. Not only did they provide an uplifting video, but each stream serves as a contribution to the First Responders Children’s Foundation!

What are some of your favorite quarantine music videos? Tweet us!