New Details About Tarantino's 'The Hateful Eight' Revealed at Cannes! 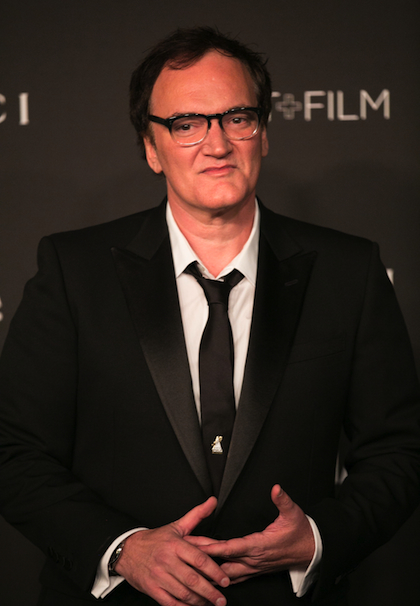 After breaking up and then making up with his latest film, The Hateful Eight, director and writer Quentin Tarantino has finally decided to commit to a long-term relationship with it. The Hateful Eight will most likely be released in December of this year, and Tarantino premiered the film’s first trailer at Cannes. Although it has yet to be released online (it probably won’t be long before it is), a detailed synopsis of the trailer has been made public. Allow me to break it down for you:

The Hateful Eight follows a bounty hunter (Kurt Russell) and his fugitive (Jennifer Jason Leigh) race toward the town of Red Rock, where Russell will bring his fugitive to justice. Along the way, the pair meets yet another infamous bounty hunter, played by Samuel L. Jackson, and a wild southern renegade (Walt Goggins) who claims to be the town’s impromptu sheriff. Due to an unexpected blizzard, the four end up staying at Minnie’s, a stagecoach stopover. Once there, they meet four more unexpected faces, including: a man (Demian Bichir) who’s taking care of Minnie’s while Minnie is away; the hangman of Red Rock (Tim Roth); a cow puncher (Michael Madsen); and a Confederate General (Bruce Dern). As the eight remain locked in together, they slowly learn that they may not make into Red Rock after all…

The trailer opens over beautiful snowy landscapes that slowly focuses on Jackson, who stops an approaching carriage containing Russell and Leigh. The three quickly make their way to Minnie’s, where they meet the “others”. Russell makes the casual remark, “One of these fellas is not who he says is,” after which a montage of gun shots and action explodes on the screen in typical Tarantino fashion.

In addition to the thrilling trailer, the cast has revealed a few details about their characters. In a recent interview with Entertainment Weekly, Russell refers to his character as “so bombastic and big. He’s like a bull.”, while Leigh described her and Russell’s relationship as the most dysfunctional couple since Who’s Afraid of Virginia Woolf?. As someone who was in a Who’s Afraid of Virginia Woolf-esque situation myself, I can’t wait to see that unfold on-screen.

Tarantino has also decided to completely outdo himself this time by shooting the film on Ultra Panivision 70 cameras, which have not been used since the days of classic epics such as Ben-Hur. This will give the film a unique look that has not been seen in years.

Are you excited for the release of The Hateful Eight?