Netflix's "The Punisher" Poised to Be Marvel's Darkest Series Yet! 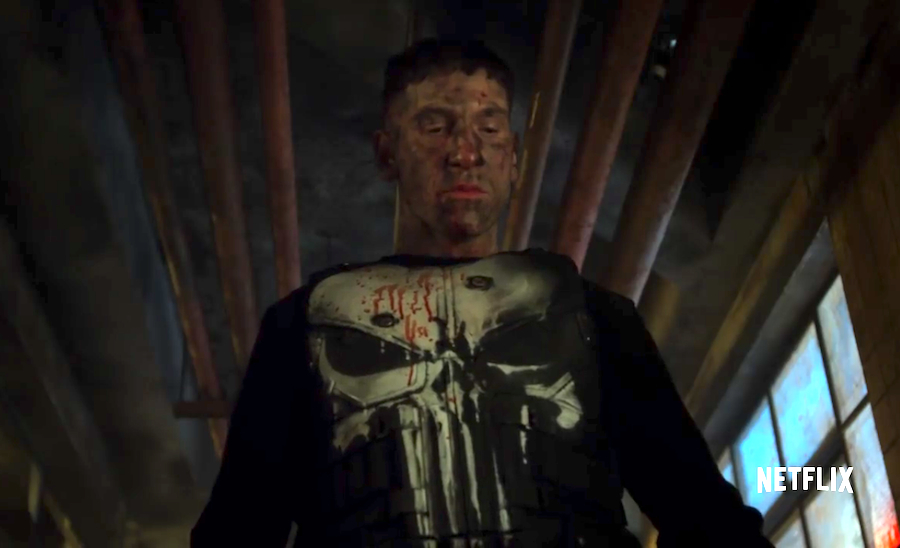 Netflix has been putting out outstanding content for years and is now distributing an ABC/Marvel co-production that is anxiously awaited judging by Twitter -- "The Punisher".

Netflix and Marvel initially remained very secretive about the exact release date and tactfully postponed its release of the show due to the Las Vegas shooting. However, now "The Punisher" is back in full swing and officially premieres TODAY (November 17). What we know going into it is that the show follows Frank Castle (Jon Bernthal), a vigilante known as “the Punisher”. The official synopsis states; "After exacting revenge on those responsible for the death of his wife and children, Frank Castle uncovers a conspiracy that runs far deeper than New York's criminal underworld. Now known throughout the city as The Punisher, he must discover the truth about injustices that affect more than his family alone."

Jon Bernthal has said that "The Punisher" will be the darkest and most violent show Marvel has produced thus far. He told Entertainment Weekly: "The show takes you on this journey of Frank becoming more and more human again and then shutting off and shutting off and going back to what works for him, and the place where he kind of belongs, and I think that's a place of solitude and of darkness and destruction. It's going to get into as dark and as brutal a place as you've ever seen in the Marvel world, I can promise you that."

Bernthal has stated that there is an ironic duality to Frank due to the character being both a hero and a killer. He also imagines that much of the audience will, therefore, relate to Frank in some way because he isn’t squeaky clean and embodies inherent character flaws that make him human. Bernthal goes on to say, "We all go through bouts of darkness and regret and shame, and we mess up, and we make mistakes, so I think to really zero in on that and to dig into that wound is what makes him interesting.”

The character Frank Castle dates back to 1974 when he appeared in Spider-Man issue #129. Many draw parallels between Frank and Deadpool, as both are among the most relatable heroes and are not like the pious bastions that previously hogged the superhero spotlight. 2017 is all about #realistic standards so it's easy to say that the same should go for Marvel characters.

"The Punisher" is now streaming on Netflix.