Lana Parrilla's 5 Best Moments as the Evil Queen/Regina on "Once Upon a Time"! 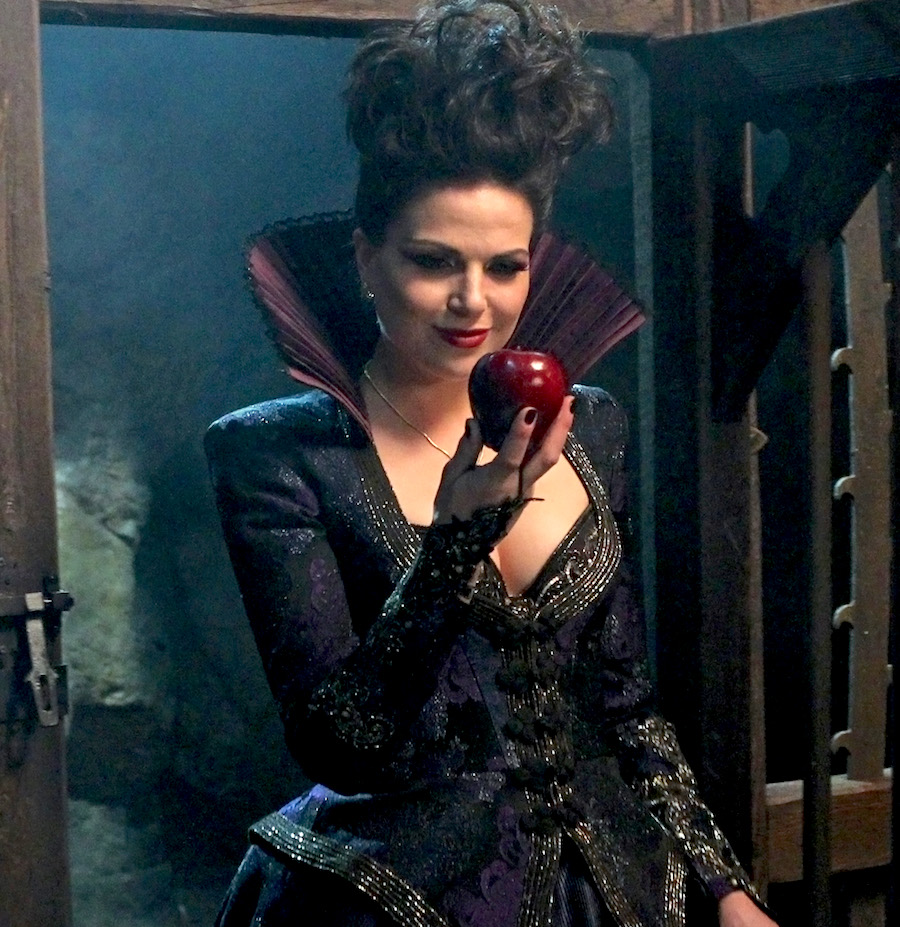 Lana Parrilla has been in numerous films and TV shows; however, one of her best roles to date is Regina Mills/The Evil Queen in the ABC fantasy/drama, "Once Upon A Time" (2011-2018). No one else could have played the Evil Queen better than Lana did, both excelling at being a villain and, toward the end of the series, being a heroine.

Today (July 15) is Lana’s birthday, and to celebrate, here are 5 of her most memorable moments from the beloved show!

Toward the end of Season 1, we saw Regina’s mother, Cora (Barbara Hershey), rip out her lover Daniel’s (Noah Bean) heart and crush it. In Season 2, Episode 5, we see a flashback of Regina struggling to crush the heart of a unicorn as a part of Rumplestiltskin’s (Robert Carlyle) magic training and we learn that she wants to learn magic to bring Daniel back, not to kill. When Regina realizes Daniel can be brought back but would live in excruciating pain, she is forced to let him go, completing her transition from a sweet, innocent girl to the Evil Queen.

Though this transition lasts multiple episodes, it is arguably the most important part of Regina’s story. Regina starts off as a young girl, content with her life and in love with the stable boy. Her mother’s quest for power leads to Daniel’s death and Regina’s determination to use magic for good. Once she learns that Daniel can’t be brought back, Regina visibly becomes darker, turning her desire for love to a desire for revenge.

In Season 2, Episode 17, Mary Margaret/Snow White (Ginnifer Goodwin) goes to Regina’s home to confront her. Regina takes the opportunity to rip out and crush Mary’s heart, but stops when she sees a black spot on the heart, representing evil. Instead of “putting Mary out of her misery”, Regina chooses to return her heart, expecting it to eventually grow completely black, like her own.

Although this was a very emotional scene on the part of Mary Margaret, we see a sensitive side of Regina that shines through. Even as she spits hurtful words and gloats at Mary’s expected fall, it looks as though she is holding back tears. She looks less surprised or happy at the blackness in Mary’s heart and more disappointed. Even as Regina tells Mary that her heart will become as black as her own, Regina seems in pain at the memory of how she turned evil. The facial expressions and emotions Parrilla is able to express with so little words in this scene are remarkable; she shows immense talent in this scene.

3. Sacrificing herself for Henry

In Season 4, Episodes 22 & 23, Rumplestiltskin and “the Author” (Patrick Fischler) send everyone to an alternate world where the villains are now the heroes and vice-versa, and the villains win. Henry (Jared S. Gilmore), who is not sent to the world since he was born on Earth, finds a way in, intent on changing the ending and setting everyone free. When Regina (now the hero, who ultimately loses) is about to get her happy ending, thanks to Henry, she gives it all up to save Henry from being killed by Rumplestiltskin.

4. Removing her “Evil Half”

In Season 5, Episode 23, Regina injects herself with the Jekyll’s (Hank Harris) serum that separated him from Hyde (Sam Witwer). After separating herself from her “Evil Half”, Regina crushes her heart, believing she has finally killed the darkness inside of her, completing her journey to become the “Good Queen”.

Even though we later find out the Evil Queen side of her is not dead, this was an important moment for Regina’s character, metaphorically. It shows her finally fighting back against the part of her she doesn’t want to be anymore, and committing to be the person she once was.

5. Regina rids the world of the Evil Queen

In Season 6, Episode 14, Regina faces off with the Evil Queen. After the Evil Queen severs the link between the two of them, they begin a sword fight to the death. Even though Regina is able to kill the Evil Queen, she has learned to forgive herself and chooses to take back a bit of her darkness in exchange for giving her evil half a bit of love. Even the little bit of love Regina gives the Evil Queen is enough to turn her good, and the two have a deep conversation about what could have been.

We see the extent of Regina’s change in this episode. After combining their hearts, Regina admits that she wouldn’t change her past because she wouldn’t have everything she does now. Regina then finds a way to give the Evil Queen a new beginning by having Henry send her to a new world.

Regina’s character arc throughout this show is one of the most developed, unique ones I have ever seen. She starts the show trying to ruin Snow White’s life, and ends it becoming a part of her family and learning to forgive both Snow and herself. Lana Parrilla helped make this show one of the most emotional, addicting shows on TV.