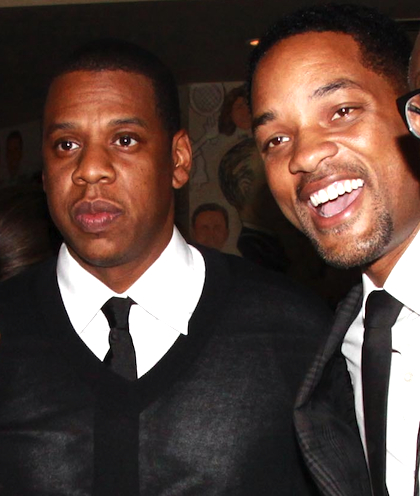 Two of the biggest names working together in entertainment in our country right now would have to be Jay-Z and… well, yes, his wife Beyoncé, but they can’t doeverything together, so how about Will Smith? And this isn’t a musical partnership between Jay-Z and Will Smith either -- instead, the two are teaming up to produce movies and television now, so unfortunately no “Gettin’ Jiggy Wit It”/“Big Pimpin’” mash-ups.

Jay and Smith's first big screen collaboration was last year'sAnnie reboot starring Quvenzhané Wallis, and apparently that must have been the start of a beautiful professional relationship as the two have decided to re-team for another project... Though the subject matter couldn't be any different. The twosome currently have their sights set on a six-part HBO miniseries about the murder case of Emmett Till. For those who don't know, (a) shame on you, and (b) Till was a 14-year-old African-American male and Chicago native who was killed on August 28, 1955, for having the gall to speak to a 21-year-old white woman named Carolyn Bryant. Till was visiting family in Money, Mississippi, which is quite a ways away from his home in Chicago, Illinois. This was a major moment in the African-American Civil Rights Movement, and the case may have even influenced Harper Lee’s classic novel To Kill a Mockingbird.

Yeah, no jaunty musical numbers in this project, I imagine...