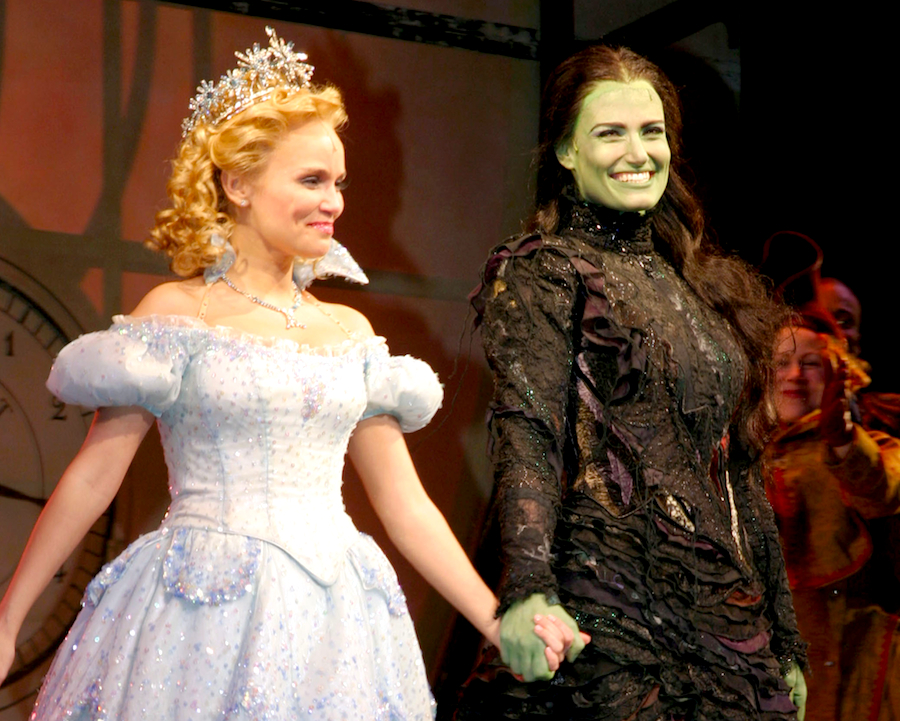 I can’t even begin to believe that it’s been 15 years since Wicked first premiered on Broadway. It feels like just yesterday, but then again, the musical is so timeless that it feels like it has always just… existed. For those that haven’t seen Wicked or may not know the general premise, the story revolves around the untold story of the Witches of Oz, centering around Elphaba -- more widely known as the Wicked Witch of the West -- and Glinda, the Good Witch. They meet as roommates in college, and their story takes them all the way through the events we’ve seen in The Wizard of Oz. It is currently the 6th longest-running Broadway production.

To celebrate this wondrous occasion, NBC is putting on an all new concert special, “A Very Wicked Halloween: Celebrating 15 Years on Broadway”, which will be hosted by the OG dynamic duo: you know them, you love them, you loathe them, Elphaba and Glinda, Idina Menzel and Kristin Chenoweth!

Thank Oz, they won’t ONLY be hosting. Word has it they will also be performing. I’m crossing all of my fingers and toes that we’ll get to hear them sing “For Good”. Honestly, I’d take an entire Wicked concert special with just the two of them if I could, but if I HAD to pick only one song to hear from them during the celebration, I guess I’d have to choose “For Good’. Time to get the tissue box ready!

Though not all performers have been announced yet, we know that Ariana Grande and Pentatonix will be performing! These artists are PERFECT choices or this special, as both are HUGE Wicked fans. Ariana has always been a fan of the show. I mean, even her 2013 collaboration with artist MIKA, “Popular”, was inspired by the song of the same title from the musical!

As for Pentatonix, they’re huge fans of all things Wicked too! Back in 2013, PTX members Mitch Grassi and Scott Hoying performed “Defying Gravity” on their YouTube channel SUPERFRUIT. Since then, Pentatonix also collaborated with Todrick Hall on the video “The Wizard of Ahhhs”, so it’s clear that they have a great appreciation for both the original story of The Wizard of Oz and its Broadway musical-prequel and retelling, Wicked. (Sidenote: totally hope Todrick Hall gets added to this lineup too.)

The special will be filmed at Marquis Theater in New York Cirty and will be produced by Ricky Kirshner, Marc Platt, and Glenn Weiss (who will also direct). The current Broadway company from Wicked will also be performing!

We are super (or should I say… WICKED) excited for this special! Who else would you want added to this lineup? What songs would do you want these artists perform? Be sure to catch “A Very Wicked Halloween: Celebrating 15 Years on Broadway”, which airs Monday, October 29, at 10pm on NBC.