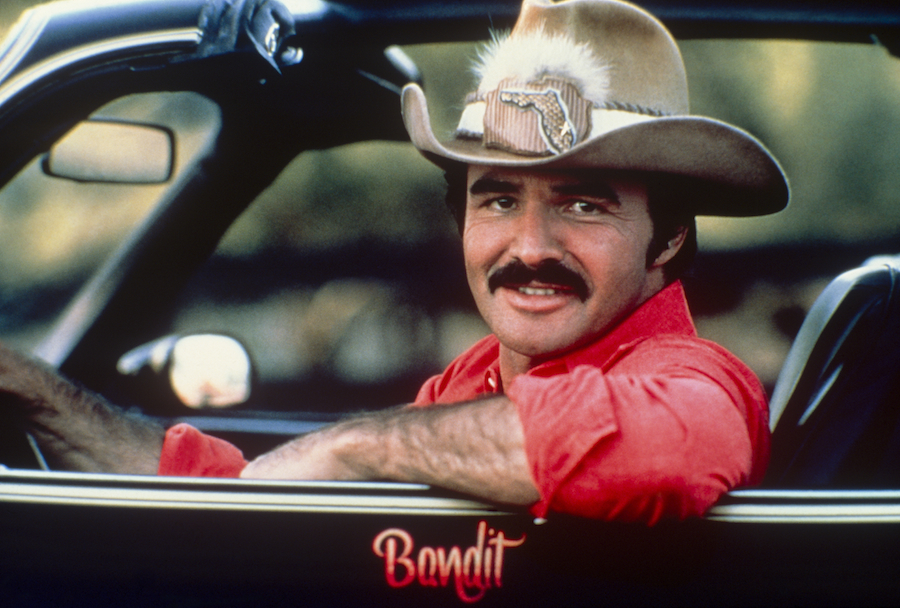 The world is grieving this week as new broke that Hollywood superstar Burt Reynolds died from cardiac arrest Thursday, September 6, at the age of 82, according to his agent. 911 records show a call for an ambulance came from his estate in Martin County, Florida.

Reynolds was born in Michigan in 1936 but his family moved to South Florida when he was 10 years old, and his roots in the SoFla communities of West Palm Beach and Jupiter run deep. Our own YH Editor Katie Marzullo, who grew up in Jupiter, remembers Burt as a true Hometown Hero growing up in the 1980s, where he opened a dinner theatre, a ranch, and a museum in the sleepy beach town. And even back before he became a movie star and was still just a local high school football star, he was neighbors with Katie's mother's family; he used to carry her mom around on his shoulders. It's a testament to his character how, even after he became a superstar, he never forgot his humble Floridian roots. In fact his movie Smokey and The BanditII was filmed in Jupiter. It seems like everyone in Jupiter has a Burt Reynolds story...

As comes with the passing of any Hollywood legend, fans and celebrities alike are sharing their thoughts about the passing of Burt Reynolds, remembering him fondly for his magnetic personality and his incredible contribution to the world of film.

Many celebrities offered their condolences to the family, and shared their favorite and most treasured memories of and with Burt.

On Thursday, Sally Field, his Smokey and the Bandit co-star and former flame, released a statement on Burt’s passing. The pair dated for five years, and Reynolds has referred to her as “the love of his life”.

“There are times in your life that are so incredible, they never fade away,” she said. “They stay alive, even forty years later. My years with Burt never leave my mind. He will be in my history and in my heart, for as long as I live. Rest, Buddy.”

Im 19. I get a few lines in a movie. The megastar on set was really nice and cool to this punk actor(me) for no reason. The director called me before the movie came out to tell me I had hit the cutting room floor. But I never forgot that Star. Thanks Burt. RIP

“Rest in peace to a legend and a friend. #BurtReynolds” says Mark Wahlberg, who starred with Burt in Boogie Nights.

Rest in peace to a legend and a friend. #BurtReynoldspic.twitter.com/HnmCCTv1d1

Arnold Schwarzenegger will remember Burt Reynolds as “one of [his] heroes”...

Burt Reynolds was one of my heroes. He was a trailblazer. He showed the way to transition from being an athlete to being the highest paid actor, and he always inspired me. He also had a great sense of humor - check out his Tonight Show clips. My thoughts are with his family.

Friend Dolly Parton shares a sweet photo of her and Burt on set, saying she, along with fans, is grieving the loss of "one of our favorite leading men”. She will remember Burt for ”his funny laugh, that mischievous sparkle in his eyes, and his quirky sense of humor”.

Ryan Reynolds (no relation... we think) shares a picture of Deadpool next to Burt’s famous centerfold for Cosmopolitan, simply captioning it “He did it first. And best. And naked. #BurtReynolds”.

He did it first. And best. And naked. #BurtReynoldspic.twitter.com/3HN5XsPXM6

The Hoff describes Burt Reynolds as “the best, funniest super hero on this planet...He was a friend and I’ll miss him!!  Nobody was better than him...dashing, charming and just so lovable!!”

Burt Reynolds was the best, funniest super hero on this planet...He was a friend and I’ll miss him!! Nobody was better than him...dashing, charming and just so lovable!! pic.twitter.com/1TjNHF021D

The comedian shares a fun anecdote from the first time he met Burt when they worked together.

Worked with Burt Reynolds on a TV show once. He introduced himself by saying, "Hi, I'm Burt Reynolds. I used to be big in the 70's." How do you not love that?

The TV host and fellow facial hair connoisseur remembers Reynolds as “a great actor, a philanthropist and a pioneer of the cool mustache.”

Very sad to hearing about the passing of Burt Reynolds. He was a great actor, a philanthropist and a pioneer of the cool mustache. Thank you, Burt. You will be missed. pic.twitter.com/nuuFWMSnJg

The "Vampire Diaries" star looked back fondly on the man who mentored him.

Burt Reynolds was one of the kindest and most generous people I have ever worked with. He took me under his wing when I was first starting out as an actor and offered friendship, advice and guidance.
I’ll never forget how much that meant to me.

Burt’s friend Sylvester Stallone shared a photo of him and Burt from the 2001 film Driven to his Instagram.

A sad day, my friend BURT REYNOLDS Has passed away. I remember him back in 1979, he always reminded me that I should’ve cast him as Colonel Trautman in FIRST BLOOD , I said that’s impossible, because you’re too expensive and too famous, and probably tougher than Rambo ! He laughed , He had a great sense of humor and I enjoyed his company so much... RIP Buddy

Burt will be remembered as an outstanding actor, director, philanthropist, mentor, friend, and so much more. Talented and funny, a jokester at heart, but always incredibly kind to all. Hollywood is at a loss without his presence and his stardom. After news of his death broke yesterday, nearly every single trending topic on social media was Burt Reynolds-related. Now that's how you leave a legacy!!!

Our condolences are with his family, friends, and fans, as we all grieve the loss of this immense talent. Rest In Peace, Burt.