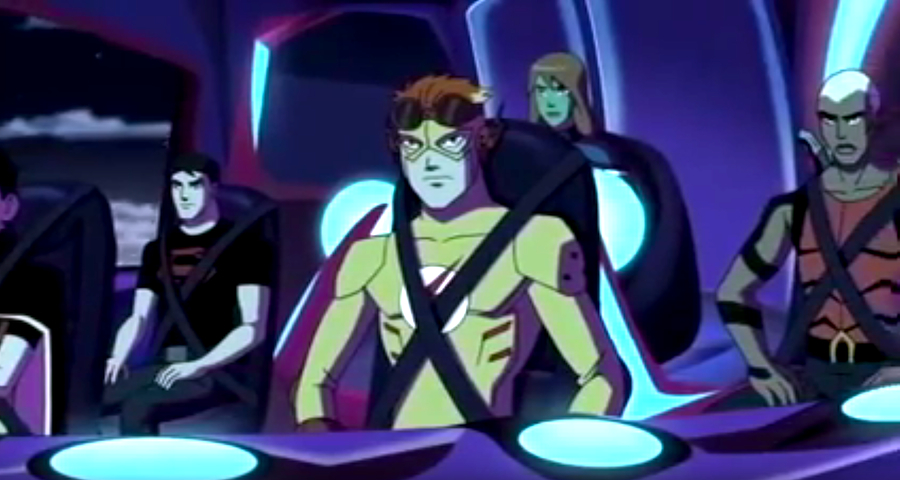 In the past, it’s not been unprecedented for a good show lauded by critics to get canceled. We’ve all at least heard of “Gilligan’s Island”, after all, and that show only lasted three seasons. More recently, “Family Guy” was a somewhat popular show when it first aired and then was canceled for a number of rumored reasons. When “Family Guy” started airing on Adult Swim, it gained a newfound popularity that boosted the show up higher than ever before. As a result, it was brought back to Fox and is currently in its 15th season. “Arrested Development” won a bunch of awards but was canceled after three seasons and brought back on Netflix much later on. The list goes on and on, so it shouldn’t be a shocker that a show from Cartoon Network that somehow got lost in the haze of TV shows these days is coming back, thanks to an outside source.

Before my roommate showed me this show, I actually had no idea some of these characters, like Superman, Wonder Woman, and even The Flash, had protégés (gotta say this because they’re not all totally sidekicks). Representing Superman, you have Conner Kent (Clark’s clone), Superboy. Backing up Wonder Woman is Wonder Girl. Finally, with a change of pace, following up The Flash is Kid Flash (bet you thought it was going to be Flash Boy or Girl Flash). But what exactly do they all do?

“Young Justice” follows the characters I named earlier and more as they try to break away from their mentors and become superheroes in their own right. It’s only fitting that, at the start of the series, one of the first characters we follow is Dick Grayson’s Robin. Grayson was the first Robin who is known for splitting up with Batman over differences and became a superhero known as Nightwing. While trying to fight crime, they have to also manage living normal teenage lives with the adolescent issues that are part of it. I’m not sure when this trope began, but being a big fan of “Buffy the Vampire Slayer”, the balance between bad guy butt-whooping and “OMG… who will I go to the prom with?!” has always been a favorite of mine. (Also quite a terrible example, but you get my drift.)

My only two true problems with this show is (1) after a while it does seem like they have too many characters, and (2) it’s too darn short. Okay, so, two seasons clocking out at 46 episodes in 2013 is a lot for how long it was on, but it feels like it could be so much more. (If you remember what I said earlier, then you know where this is going.) The great news is that Netflix views and Blu Ray sales were so high in demand that Warner Bros. has decided to bring the team behind it back and develop a third season.

It’s all good news, but unfortunately Warner Bros. left out the most important detail… where will the show air? The WB probably hasn’t announced that yet because they know they have a hot property and simply generating buzz is important. The next important decision is where to air, since this is a tough call. On one hand, the show started on Cartoon Network and also failed on Cartoon Network. On the other hand, it worked on Netflix, but that means that the WB would have to agree to a deal to make digital content for Netflix. “Young Justice” could be the only property they ever make on Netflix, or it could lead to more. The fact is, with all that we have no idea if the WB has plans for their own digital platform, or if they have some adversity to working in that way with Netflix. At the time of this publication, I have not been able to find any original content from the WB on Netflix.

So over at Warner Bros. they’ve got some choices to make. Until then, however, you can catch up on “Young Justice” at anytime that you’re near a screen and able to sign into whoever’s Netflix account you have!