Live-Action 'Beauty and the Beast' Trailer Sweeps Us Off Our Feet! 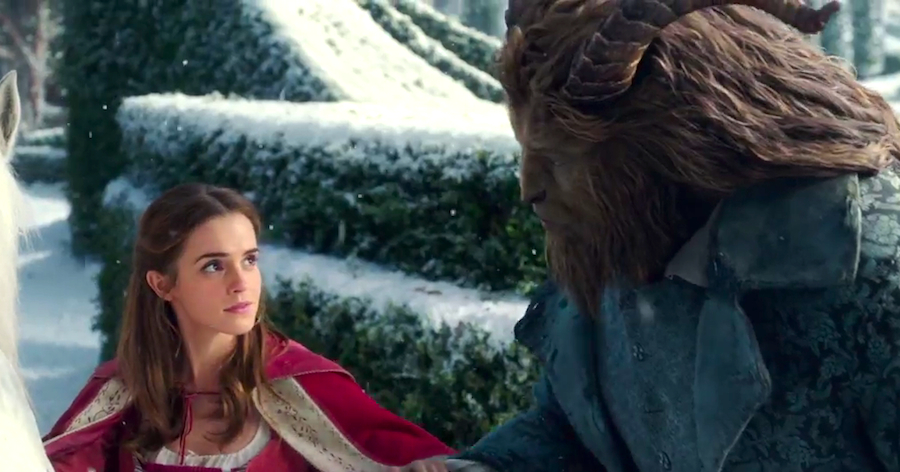 It is indeed a tale as old as time. And it’s a tale I can get behind. But here’s a kind of weird paradox – I am a SUCKER for the “beauty and the beast” trope, but when it comes to the actual Beauty and The Beast story (first conceived as a fairy tale in 1740 by French author Gabrielle-Suzanne Barbot de Villeneuve, then later adapted into several films, including Jean Cocteau’s classic 1946 film La Belle et la Bête and, of course, Disney’s 1991 Oscar-nominated animated musical), I’ve never been a huge fan. Weird, right? Well, there’s a very high chance that Disney’s new live-action version might change my mind.

Check out the new full trailer, released just this morning!

First off, there’s really no mistaking that this is literally a live-action version of the animated film. Everything from Belle’s (Emma Watson) costumes to the talking home goods is lifted straight from the 1991 cartoon. Having said that, though, the scope and breadth of this trailer is breathtaking. The live action allows the filmmakers to amp up the emotion to 11, and it’s hard not to get caught up in it. Even the soundtrack seems more epic.

I’m still not 100% sold on Watson as Belle, but I am very intrigued to see what Dan Stevens brings to the role. For you “Downton Abbey” fans out there, you’ll remember Stevens as Lady Mary Crawley’s late first husband Matthew, and for you Marvel fans out there, you’ll be seeing Stevens in Netflix’s upcoming X-Men spinoff, “Legion”. I was skeptical when I first learned of his casting in this, but the trailer has me convinced that he will be able to pull it off. The Beast needs to be simultaneously terrifying and soulful, and I get that here. But will he have the proper chemistry with Emma? That remains to be seen…

We’ll find out for sure when Beauty and the Beast hits theatres on March 17, 2017!